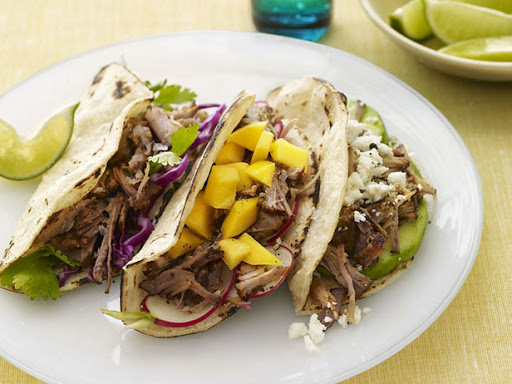 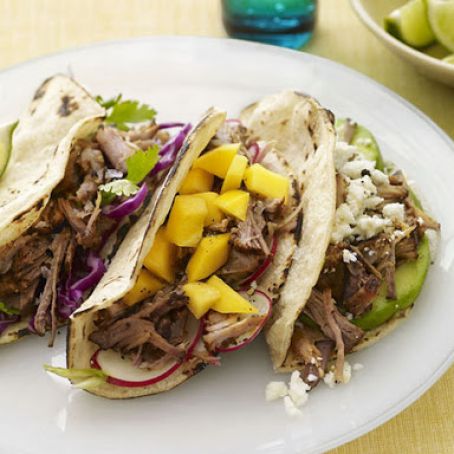 Put the ancho and pasilla chiles and the garlic in a bowl; add 2 to 3 tablespoons water. Microwave on high until soft and pliable, 2 to 3 minutes. Stem and seed the chiles; peel the garlic. Transfer the chiles and garlic to a blender.

Add the chipotles, onion, 2 tablespoons olive oil, honey, vinegar, 1 tablespoon salt and the oregano to the blender; puree until smooth. Heat the remaining 1 tablespoon oil in a large skillet over high heat; add the chile sauce and fry, stirring, until thick and fragrant, about 8 minutes. Pour in the broth and reduce until slightly thickened.

Season the pork all over with salt and pepper and transfer to a large slow cooker. Add the bay leaves and cinnamon stick, then pour in the sauce. Cover and cook on high until the meat is tender, about 5 hours. (Or cook the meat in a large Dutch oven, covered, for 1 hour 45 minutes at 350 degrees; uncover and cook 30 more

Discard the bay leaves and cinnamon stick. Shred the pork with 2 forks; season with salt and pepper. Serve the shredded pork in the tortillas, along with toppings. 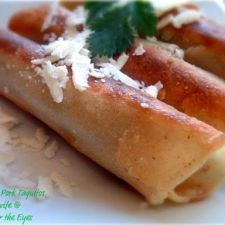