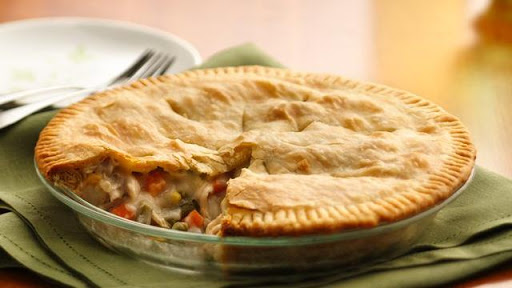 This Chicken Pot Pie recipe has mixed veggies and a golden flakey crust, it's so good! 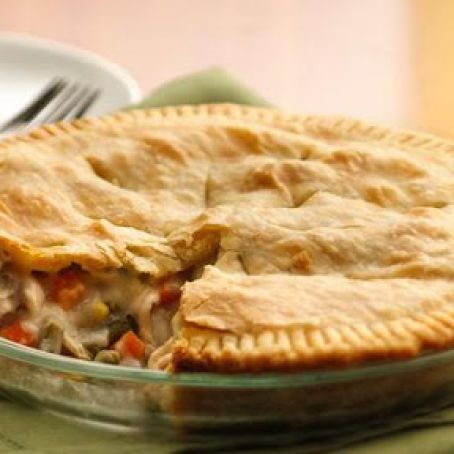 Bake 30 to 40 minutes or until crust is golden brown. During last 15 to 20 minutes of baking, cover crust edge with strips of foil to prevent excessive browning. Let stand 5 minutes before serving.