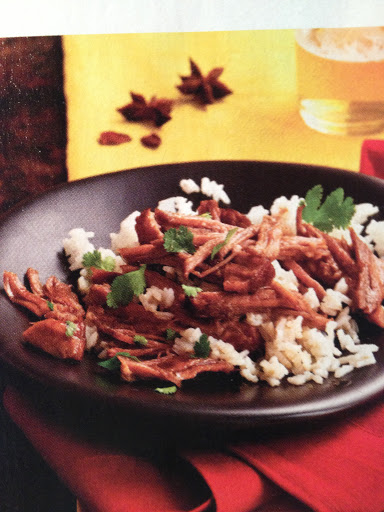 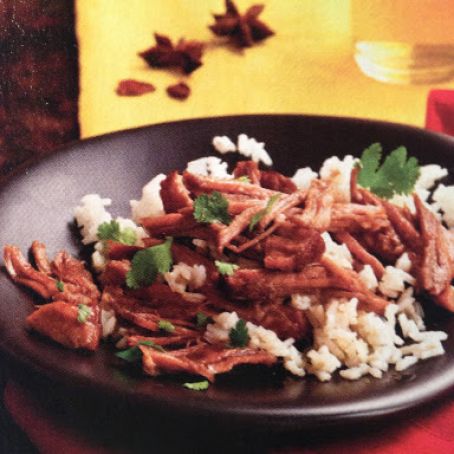 1. Heat oil in a Dutch oven over high heat. Add pork to pan; cook 5 minutes or until browned, turning frequently. Remove from pan; set aside.

2. Combine soy sauce and the next 5 ingredients (through star anise) in pan over medium heat, and stir until sugar dissolves. Return pork to pan. Cover, reduce heat, and simmer for 2 1/2 hours or until pork is fork-tender. Discard cinnamon and anise. Shred meat into large pieces using 2 forks; toss with sauce. Sprinkle with cilantro.

Wine note: The perfect wine for this spiced pork is a variety growing in spades in California, but few people know about it or have tasted it: barbera. One of the most important red grapes in Italy, barbera in this country has mostly disappeared into generic red wine blends--until recently. Now winemakers are capitalizing on the grape's beautifully high level of acidity (it makes a fantastic food wine) and spicy cherry flavors, and they are bottling it on its own. In the Sierra Foothills, for some reason, barbera often has an edge of cinnamon that makes a lovely link to this pork. You couldn't go wrong with the 2007 Terra d'Oro Barbera from Amador County ($18), with a rush of sweet red fruit and warm spices. --Sara Schneider 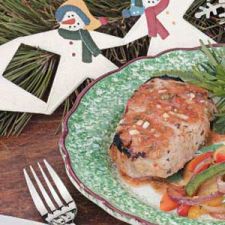