Soy sauce is such a versatile flavor, and goes so well with marinades on a lot of meats, but especially pork! Soy sauce can either be the star of the marinade or a contributing flavor.

Place the remaining soy sauce mixture in a small saucepan. Bring to boiling. Boil gently for 1 to 2 minutes or until reduced to 1/4 cup; set aside.

For a charcoal or gas grill, grill chops on the rack of a covered grill directly over medium heat for about 3 minutes per side or until pork is slightly pink in the center (145 degrees F), turning once.

Place greens on a serving platter, top with pork, and drizzle with boiled soy sauce mixture. Sprinkle with cilantro. 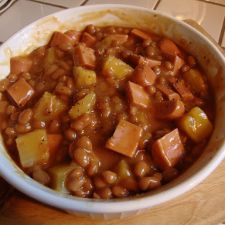