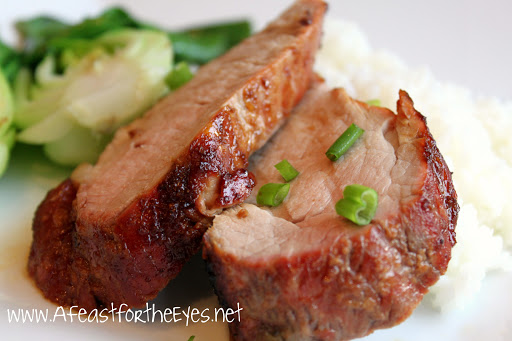 Pork tenderloin is my favorite "other white chicken". It's very lean, and can be ready to eat in less than 30 minutes. The marinade is very easy to make, and makes a nice glaze for the tenderloin. You can taste the fresh ginger and garlic, and it's perfectly paired with rice-- and stir-fried Bok Choy (or any vegetable). Recipe adapted from Mel's Kitchen Cafe, by increasing the amount of marinade to make sure there was plenty of left for the glaze. 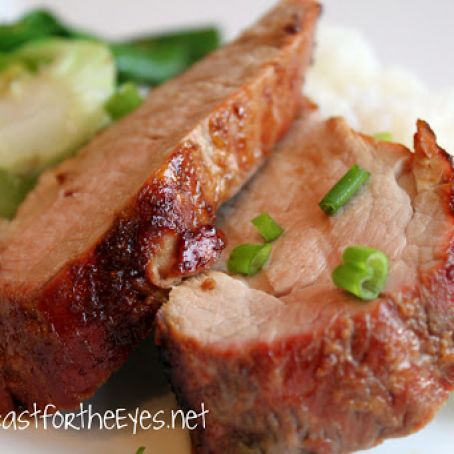 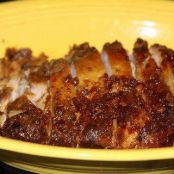 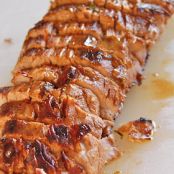 Notes: I doubled the recipe for the marinade/sauce, because I wanted more leftover to glaze, and only used one pork tenderloin, since I am cooking for 2. (I found that I didn't have as much marinade/glaze as I wanted, until I adapted the recipe.)

Line a small roasting pan (or use a 9X13-inch baking dish) with foil and lightly oil the foil. This is important because the glaze has a high sugar content and will scorch during roasting.

Note: Instead of using a roasting pan, lined with foil, I used a non-stick oven-proof skillet. This made for very easy cleanup.

Add the pork tenderloin and close the bag. Toss the meat in the bag to coat it with the marinade. Marinade for at least 30 minutes or up to 3 hours.

Remove the pork tenderloins from the marinade and place in the roasting pan.

Drizzle about half of the marinade over the pork. Discard the remaining marinade. Roast for 15 minutes.

Baste the pork with the marinade in the roasting pan.

Continue roasting until an instant-read thermometer reads 150-155, about 25 minutes more. (The marinade will eventually thicken and scorch, but the foil will protect the pan, so don’t worry. (Because I used an oven-proof non-stick skillet, I wasn't the least bit worried.

Transfer the pork to a cutting board and let stand for 5 minutes.

Cut the roast pork crosswise on a slight diagonal into thin slices and arrange the overlapping slices on a platter.

Drizzle the hot marinade over the pork, sprinkle with the scallion, and serve immediately.