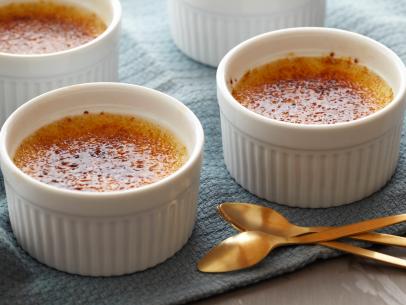 This recipe was a winner of the Frei Brothers Winery contest and published in Bon Appetit Magazine, Holiday edition 2014. 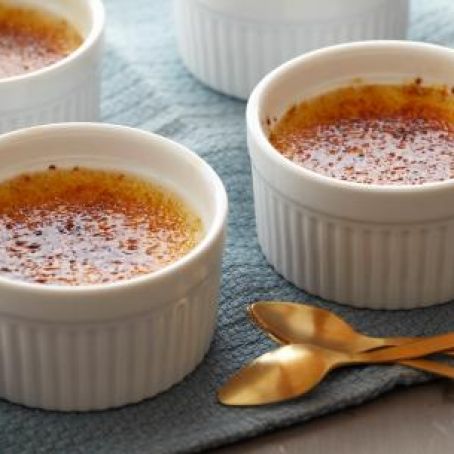 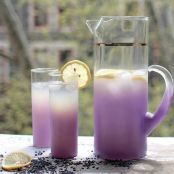 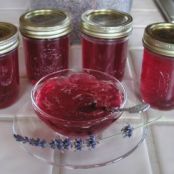 In a bowl of a stand mixer, combine 3 Tbsp. sugar, honey and yolks over low speed until well combined and starting to change color, about 2 min. Slowly stream in milk mixture; mix until just combined (to avoid becoming foamy)

Place ramekins in high-sided baking pan’ divide cream mixture evenly among them. Fill baking pan with water until it goes 3/4 up the side of the ramekins. Bake 50-55 min. until mixture is set, but still wobbly.

Remove ramekins from pan; place in refrigerator for at least 2 hours and up to 2 days. To serve, remove from refrigerator and keep at room temperature for 20 min. Sprinkle custards with 2 Tbsp. sugar. Using kitchen torch, melt sugar evenly until deep brown and crunchy. 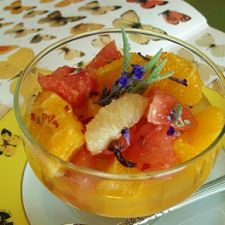