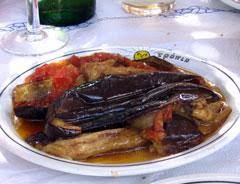 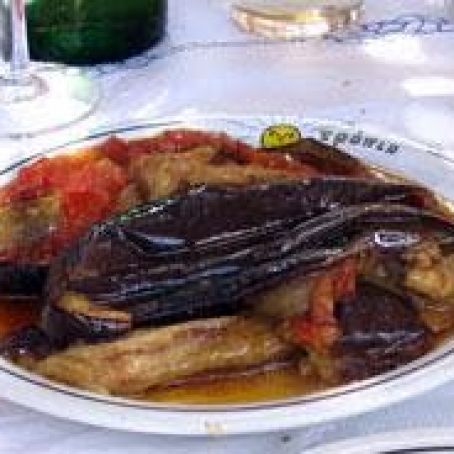 Cut the stalks off the eggplants and rinse them. Using a sharp knife, slit them lengthwise on one side only, making sure you do not slit all the way through. They should open like a wallet, so you can put the stuffing in the opening.

Shallow-fry them gently all around in 4 tablespoons olive oil. If not enough you can add some more oil in the frying pan.

Take out and arrange side by side in a small oven dish and season them.

Put the rest of the olive oil in a saucepan and sautee the onions and garlic in it until they are slightly golden. Add fresh tomatoes and half a cupful of water. Season. Add the oregano and sugar and cook gently, covered, for 15 minutes.

With a spoon, fill the eggplants with this stuffing, opening them slightly. They should be quite soft by now. Virtually pile the stuffing in them, filling them generously. Normally they generate enough juices on their own so no addition of liquid is necessary in the oven dish. 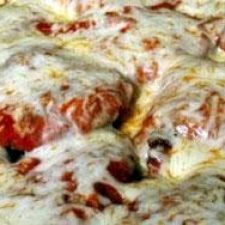