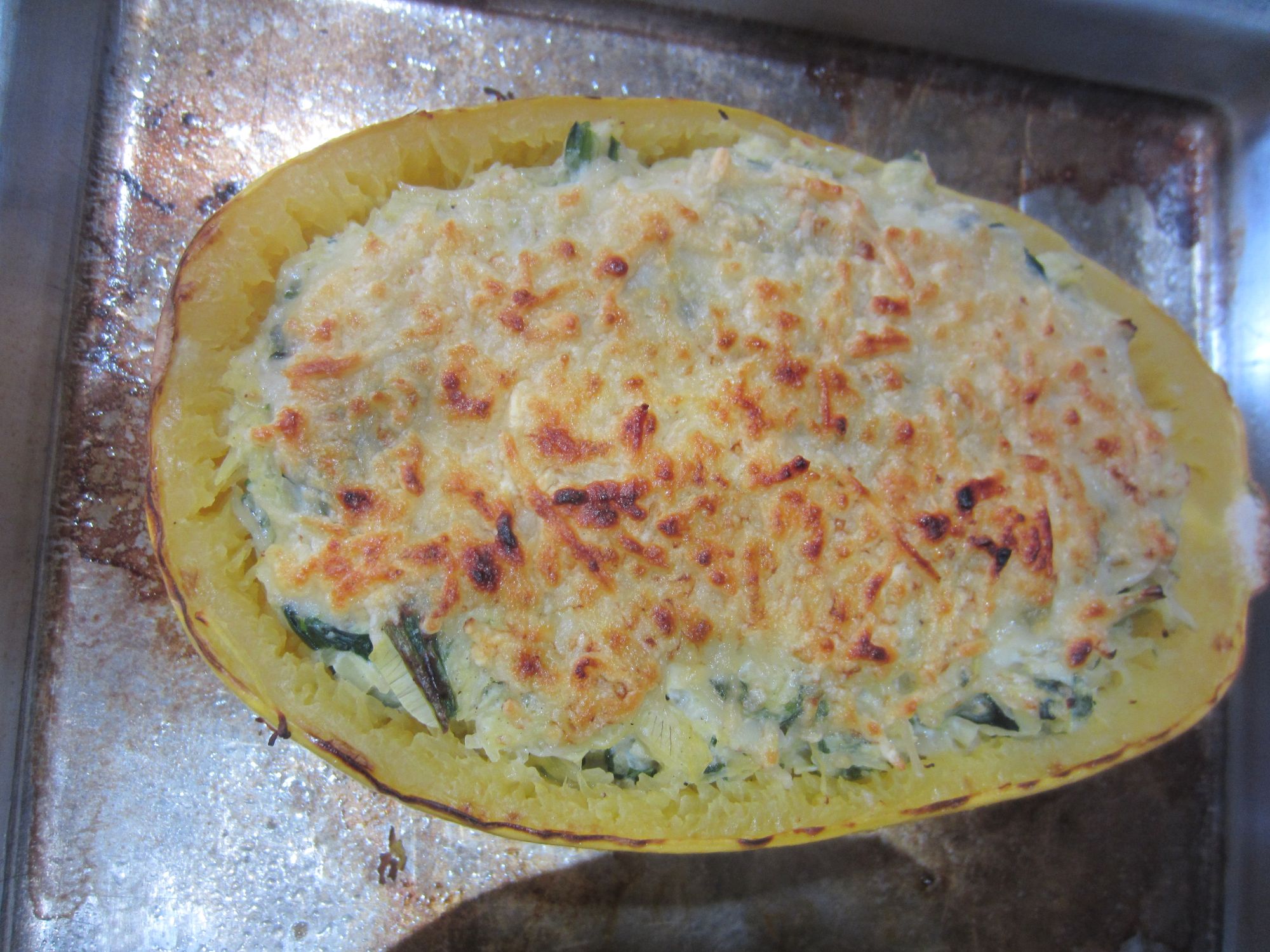 I like to bake the squash to keep the shape of the shell better. This is a great replacement for spinach- artichoke dip or as a meal in itself! I also used drained canned artichokes instead & chopped fine! 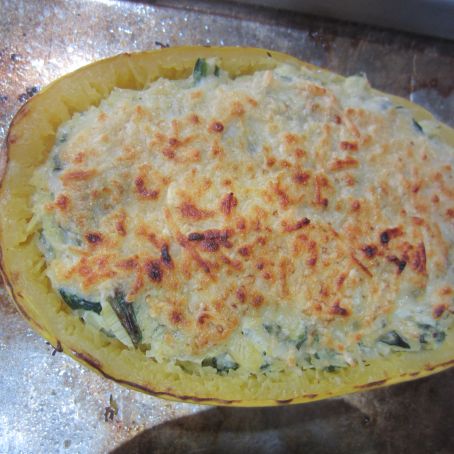 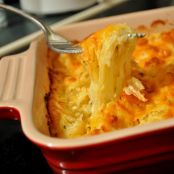 Meanwhile, combine spinach and the remaining 1 tablespoon water in a large skillet over medium heat. Cook, stirring occasionally, until wilted, 3 to 5 minutes. Drain and transfer to a large bowl. Position rack in upper third of oven; preheat broiler.

Use a fork to scrape the squash from the shells into the bowl. Place the shells on a baking sheet. Stir artichoke hearts, cream cheese, 1/4 cup Parmesan, salt and pepper into the squash mixture. Divide it between the squash shells and top with the remaining ¼ cup Parmesan. Broil until the cheese is golden brown, about 3 minutes.

Sprinkle with crushed red pepper and basil, if desired.