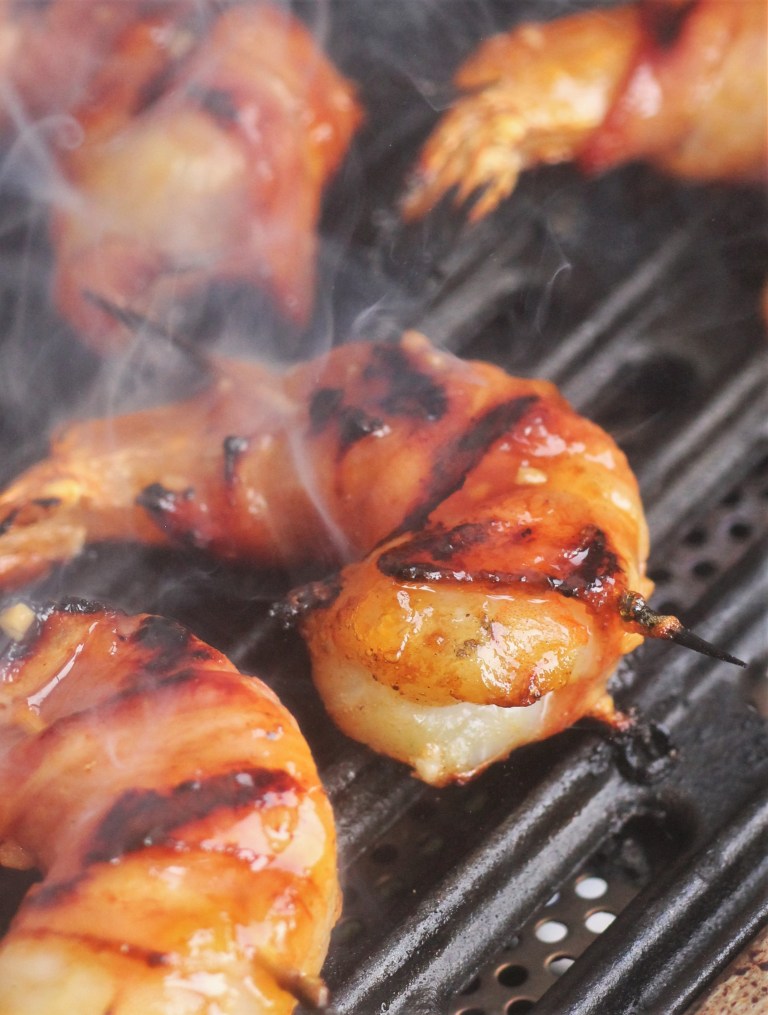 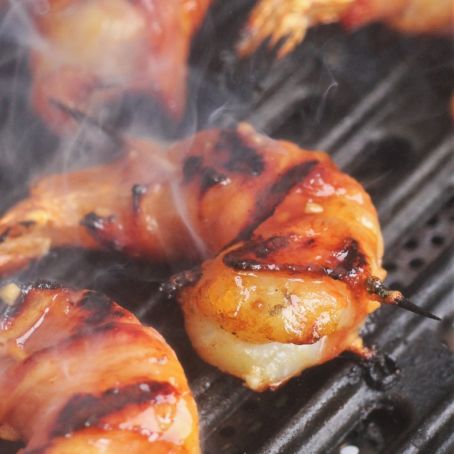 Preheat your grill to medium high heat (about 450 degrees F)

In a medium bowl, combine all ingredients for the TABASCO® peach glaze, and season with the salt and pepper, to taste. Set aside ¼ cup of the glaze.

Wrap each shrimp with a half a slice of bacon and secure with a toothpick (if necessary). Season the shrimp with the black pepper and place on the grill. Baste with the TABASCO® peach glaze and flip the shrimp every two minutes until the bacon is crisp and the shrimp are opaque. This should take 7-8 minutes total.

Remove the shrimp from the grill and serve alongside the reserved glaze as a dipping sauce.

TIPS FOR BACON WRAPPED SHRIMP
Shrimp and bacon typically have two different cooking times, so it is important to pay attention to both elements so they are cooked perfectly and done at the same time. For this recipe, I recommend using Extra Jumbo Shrimp (16-20 per pound) and avoiding any thick sliced bacon. This size shrimp will be thick enough to give the bacon time to cook through and crisp without overcooking the shrimp themselves.

I feel these bacon wrapped shrimp really need a skewer or toothpick to keep everything together. You can use individual toothpicks if you want to serve as an appetizer, or for an entree sized serving, you can thread 4-5 shrimp on a kebab skewer. Just make sure the ends of the bacon are secured to the bacon to prevent them from unraveling on the grill.