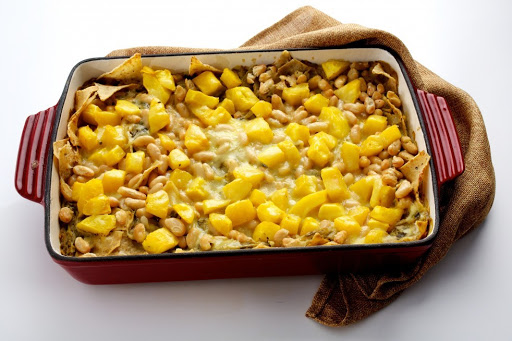 This baked version of the classic Mexican dish (traditionally made in a skillet) is a comforting cool-weather casserole. Chilaquiles typically uses fried tortilla chips, but baked chips work just as well and are, of course, lower in fat. Tomatillos are the usual ingredient in a charred salsa verde like the one used here, but if you have unripe green tomatoes from your garden or the farmers market in the fall, this is a great use for them that doesn't involve breading and frying.

Make Ahead: The sauce may be refrigerated for up to 1 week. Reheat before pouring onto the chips. 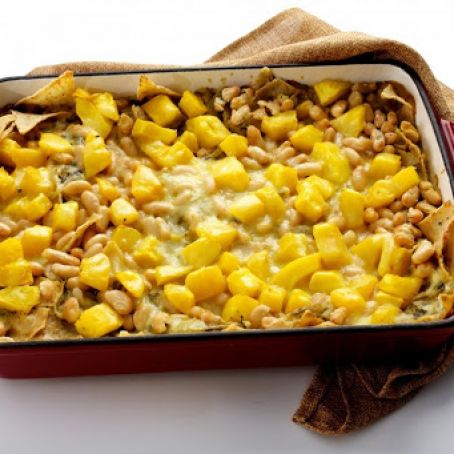 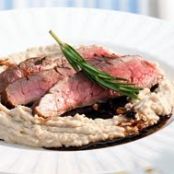 Position an oven rack closest to the broiler element; preheat the broiler.

Spread the tomatoes and peppers on a baking sheet; broil, using tongs to turn them as needed, until they are blistered all over and blackened in spots, 10 to 12 minutes. Transfer to a blender (with its center knob removed) or a food processor and blend into a smooth puree.

Turn off the broiler; reduce the oven temperature to 400 degrees. Using the same baking sheet as before, toss together the squash, 1 tablespoon of the oil and 1/2 teaspoon of the salt, spreading the pieces in single layer. Roast until the squash is tender, 15 to 20 minutes, then remove from the heat.

Meanwhile, heat the remaining 2 tablespoons of oil in a Dutch oven or deep skillet over medium heat. Once the oil shimmers, add the onion and cook, stirring frequently, until it is tender and golden, 6 to 8 minutes. Stir in the garlic and cook for another minute or until it starts to soften. Carefully pour in the tomato-pepper puree (watching for splatters).

Whisk the yogurt into the broth in a bowl or liquid measuring cup, then pour it into the pot or skillet, stirring to form a sauce. Add the remaining 1/2 teaspoon of salt; taste, and add more as needed. Add the cilantro and bring the liquid to a boil, then turn off the heat.

Arrange the chips in a deep 9-by-13 casserole dish. Pour the tomato-pepper yogurt sauce over them, leaving some of the edges of the chips exposed. Scatter the cannellini beans and squash chunks on top, then chicken, then the grated cheese. Bake until bubbling and lightly browned on the edges, about 15 minutes. Serve immediately, while the exposed chips are still crisp. 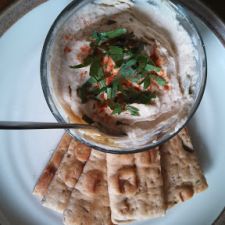