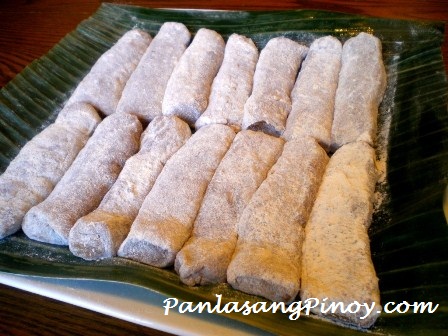 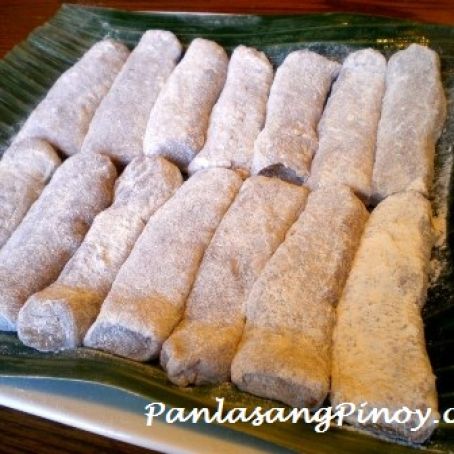 In a cooking pot, pour-in the coconut milk and bring to a boil.
Add the sugar and stir continously for 10 minutes.
Put-in the toasted grated coconut and cook for 5 minutes.
Add the vanilla essence and toasted rice flour and cook for 40 minutes to 1 hour or until the mixture becomes really thick while folding.
Remove the mixture from the pot and allow to cool down.
Dust the toasted sweet rice flour in a flat surface.
Divide the mixture into parts and roll over the dusted sweet rice flour until a cylindrical shape is formed.
Slice according to your preference.
Put in a serving plate or wrap in paper or banana leaf. Share and enjoy!