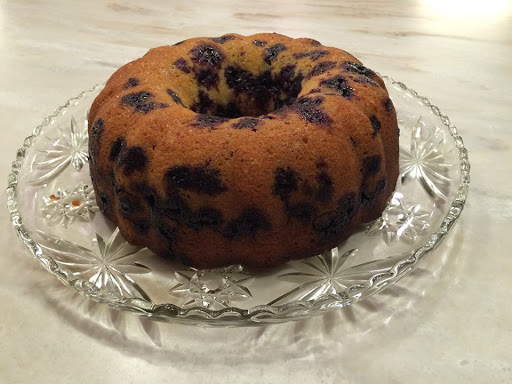 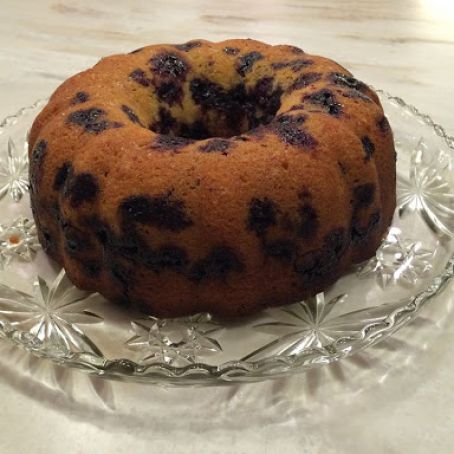 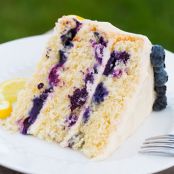 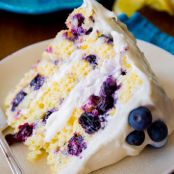 Remove the cake from the oven, poke the top immediately all over with a wooden skewer, and brush it with half the syrup. Let the cake cool in the pan on a rack for 10 minutes, invert it onto the rack, and poke it all over with the skewer. Brush the cake with the remaining syrup.

Make the syrup while the cake is baking:
In a small saucepan combine the lemon juice and the sugar, bring the mixture to a boil, stirring until the sugar is dissolved, and remove the pan from the heat. 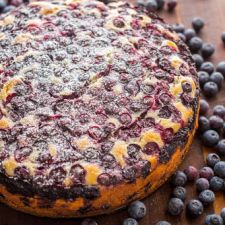