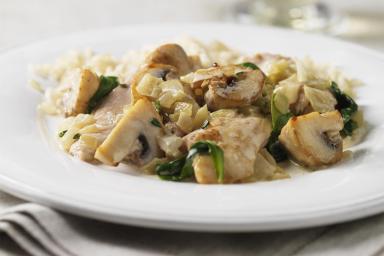 Grunt: Making the Most of Leftovers

When I was in college my roommates and I used frequently make a dish we called "Grunt." (Hey, we were college students.) It was a take-off on Beef Stroganoff and it featured such things as leftover roast beef, chicken and pork. It was very good, filling, cheap and easy - everything a bunch of young men want in a meal. Some 30-plus years later I still make it - but these days I make instead of dried French Onion Soup and canned mushrooms I make my own sauce. It's not much more trouble and still takes less than 30 minutes. (Larger image.) Serves 2. 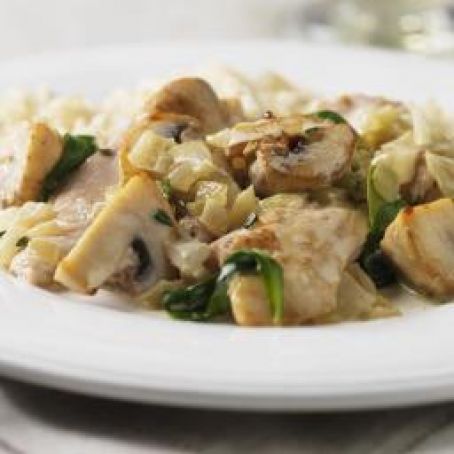 1. Put a pot of water on high and when it boils, add egg noodles and cook per package instructions.

2. Meanwhile, add mushrooms to a large, dry, non-stick skillet and sprinkle with salt.

3. Cook over medium-high heat and cook until mushrooms begin to brown and give up their liquid (about 6 minutes). Turn mushrooms, sprinkle with thyme, and add 1 tablespoon butter. Cook until browned - about 3 minutes. Scoop mushrooms onto a plate.

5. Return mushrooms to skillet and add wine. Increase heat to medium high and cook until wine is reduced by half - 5 minutes. Add broth and cook five minutes more.