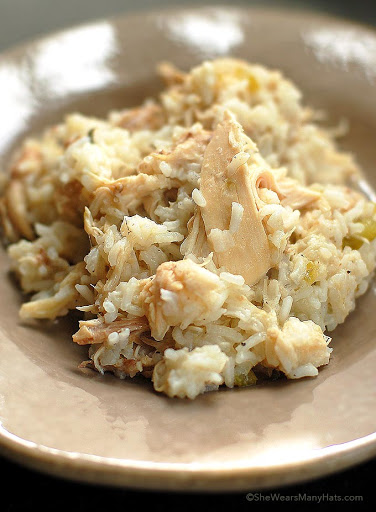 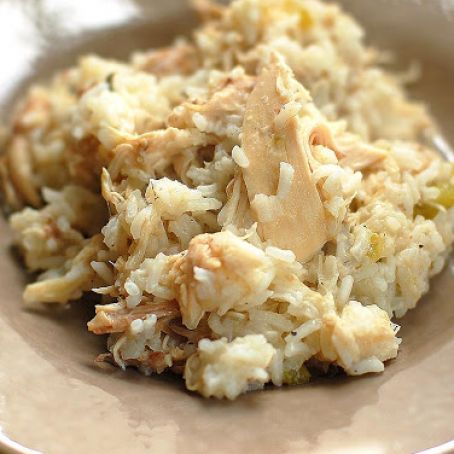 In a large stock pot bring water, chicken, celery, onion, ½ teaspoon pepper, ½ teaspoon salt, oregano, celery salt, 1 teaspoon parsley to boil, cover and reduce to a simmer for at least an hour (2-3 hours would be preferable).

Once simmering is complete, remove chicken to cool in order to debone. Let broth continue to simmer and reduce.

Remove all broth from pot (or use another pot) and put approximately 6 cups broth back into pot along with the rice, chicken, remaining pepper, salt and parsley. Cover and simmer for 15 minutes.