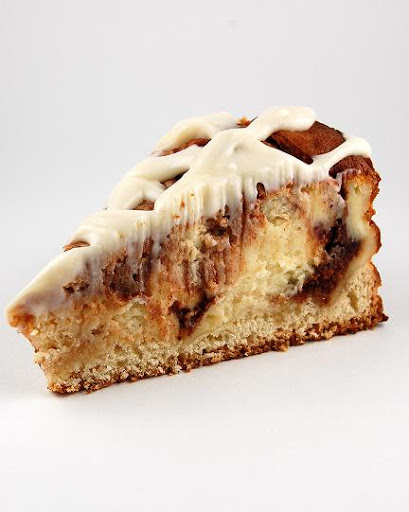 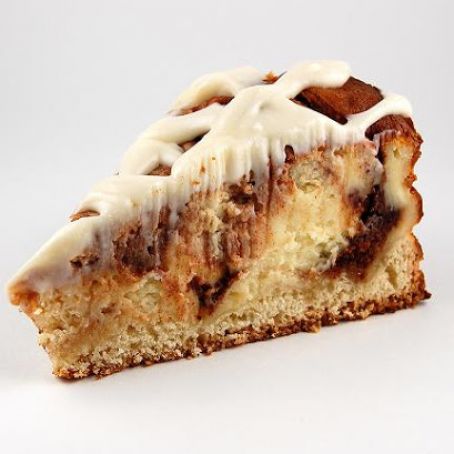 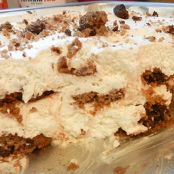 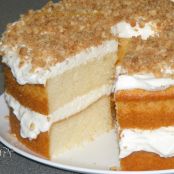 Using a stand mixer with a paddle attachment (or hand mixer) cream together the butter and sugar for 3 minutes, until light and fluffy.

Add egg, milk, and vanilla. Beat for another minute. Scrape down bowl.

Sift together flour, baking powder, and salt. Combine the sifted and creamed ingredients together. Mix on low speed until throughly combined.

Spread half of the batter onto the bottom of the Springform pan. It will be sticky and thick so spray your hands with baking spray and press down. It will be a thin layer, but trust me it will rise up during baking.


For the Cheesecake Filling:

Using a stand mixer (and a clean bowl) fitted with paddle attachment, beat cream cheese and sugar for 2 minutes on medium-high speed.

Add the eggs one at a time, scraping down the bowl after each addition.

Add the vanilla and flour and beat for another minute.

Pour all of the cheesecake batter on top of the cinnamon roll batter that is in the prepared pan.

In a small bowl, combine the melted butter, cinnamon, and brown sugar. Mix until thoroughly combined.

Drop spoonfuls of the cinnamon filling over the entire top of the cheesecake.

Take the rest of the base batter and drop spoonfuls over the entire top of cheesecake.

Once finished, take a knife to swirl the ingredients together. This is hard to do as the batter is pretty thick, just do what you can.

Bake for about 50-55 minutes, cake will be puffy and lightly browned. Let chill for 20 minutes at room temperature and then cover and move to fridge for 4 hours. Remove cake and let it warm up to room temperature just a bit. Frost with Cream Cheese Frosting.

Using a stand mixer (and a clean bowl) with paddle attachment, beat the cream cheese and butter together for 2 minutes. Add remaining ingredients and beat until desired consistency is reached. If too thick, thin out with milk. 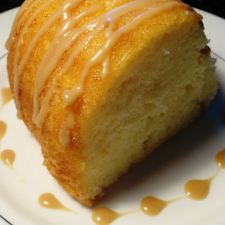