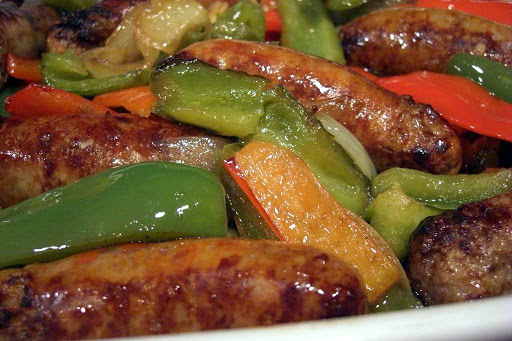 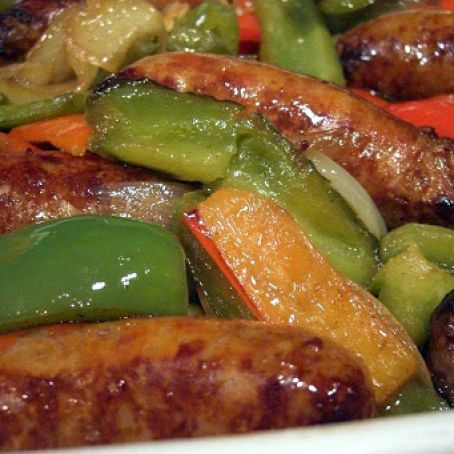 Poke the sausages all over with a fork. Divide 1/4 cup olive oil between two large, heavy skillets and heat them over medium heat. Divide the sausages between the skillets and cook, turning occasionally, until the sausages are well browned on all sides, about 8 minutes. About halfway through browning the sausages, whack the garlic with the flat side of a knife and toss half the cloves into each skillet. Transfer the browned sausages and garlic to a 13x9-inch baking dish, leaving the fat behind.

Bake uncovered, tossing occasionally, until the vegetables are tender but still firm and no trace of pink remains in the sausages, about 25 minutes. Serve hot. 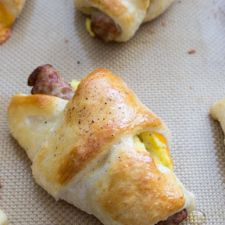