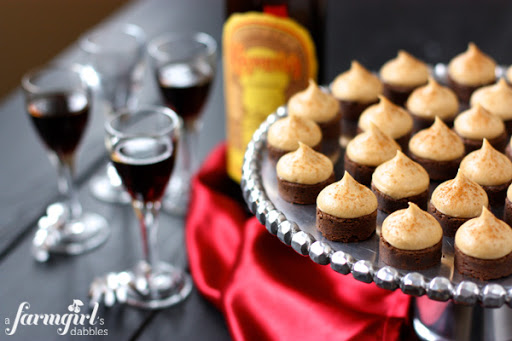 Chocolate lover's watch out. These espresso brownies topped with Kahlua buttercream frosting are delicious. You won't eat just one! 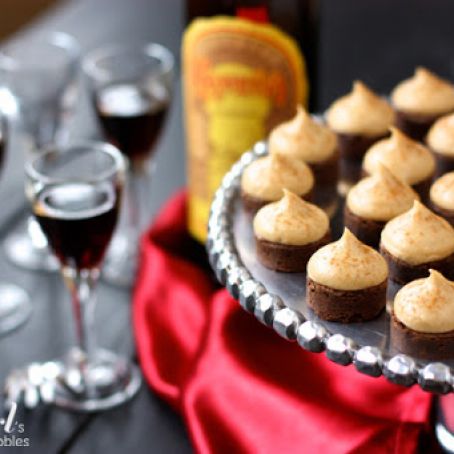 Preheat oven to 325°. Fold a long piece of heavy foil into a 13" wide strip and fit it inside a 9"x13" metal baking pan, leaving foil overhang on the 2 long sides. Spray the foil with nonstick spray.

Stir the butter and chocolate in a large heavy saucepan over very low heat until chocolate is melted. Remove from heat and whisk in the sugar, and then the eggs, 1 at a time. Whisk in espresso powder, vanilla, and salt. Then sift the flour over the chocolate mixture and stir to blend well. Transfer batter to prepared pan.

Bake brownies until slightly puffed and dry-looking and tester inserted into center comes out with some moist batter attached, about 20 minutes. Let cool completely in pan on rack.

Run a knife around the inside edge of the brownie pan. Use the overhanging foil as an aid and gently lift the brownies from the pan. The pan I used produces a brownie that is 1/2" thick. Be sure your round cutter is taller than 1/2". Press round cutter (mine is 1-3/8'' in diameter) firmly into the cooled brownie. Use a thin metal spatula to lift the cookie cutter filled with brownie from the foil. Gently press the brownie out of the cutter. Repeat the cutting process until your brownie looks like a big piece of swiss cheese.

For the kahlua buttercream kisses:
Add butter to a medium bowl and beat with an electric mixer until smooth. Add cream and mix to combine. In a small bowl, combine Kahlua and espresso powder, stirring briskly with a spoon to dissolve the espresso powder. Add Kahlua mixture to butter and mix again. With mixer on low speed, add powdered sugar, one cup at a time, mixing until smooth after each addition. Beat a bit, until light and fluffy.

Spoon buttercream into a pastry bag fitted with a large plain tip (I used Wilton #12). Add a little kiss of buttercream to the top of each brownie bite. Finish by dusting top of buttercream lightly with cinnamon by shaking cinnamon through a fine mesh strainer.

Note: If you don't want to pipe on the little buttercream kisses, you could easily spread some buttercream onto the top of each brownie bite, and then finish with a dusting of cinnamon. 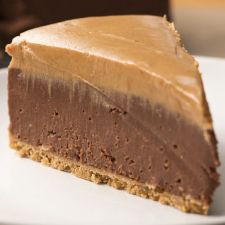