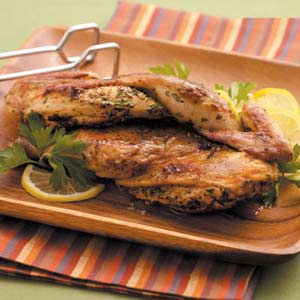 Cornish Hen Under a Brick

Yes, it really calls for two bricks to be used. The weight of the hot brick helps the poultry cook more quickly, so the meat stays moist. 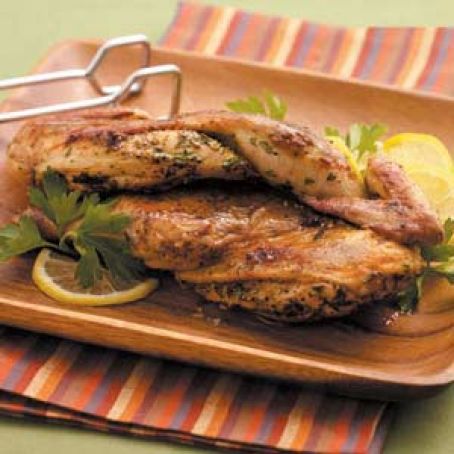 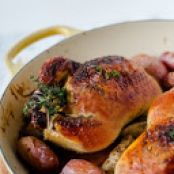 Using kitchen shears, cut along both sides of the backbone of the hen; remove backbone and discard. With a sharp knife, split the hen in half through the breast bone. Rinse and pat dry with paper towels. Set aside.

Preheat oven to 400°. Heat remaining olive oil in large ovenproof skillet over medium-high heat. Place hen halves in skillet, skin side up. Cook until well-browned, about 5 minutes. Turn the hen halves over. Place 1-2 clean foil-wrapped bricks on top of the hen halves. Bake for 25 minutes or until a meat thermometer reads 180°.