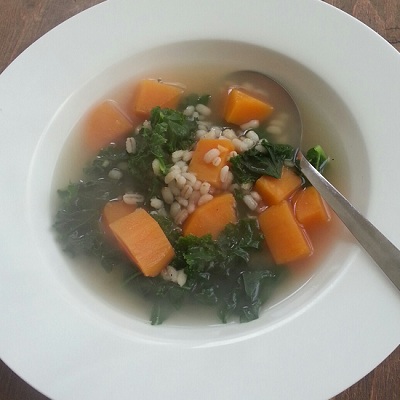 I like to use pearl barley because it cooks faster than pot barley, but it can be substituted with another grain, bean, legume or whatever you have on hand. If you don't have kale, substitute spinach, Swiss chard or any other leafy green vegetable you like. 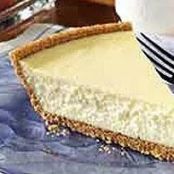 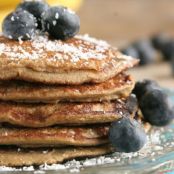 In pot, bring broth, 2 cups water and ginger to boil.

Add barley and return to boil.

Cover and reduce heat to simmer until barley is tender, about 30 minutes.

Stir in kale. Cook, stirring occasionally, until sweet potato is tender. Season with salt and pepper if desired. 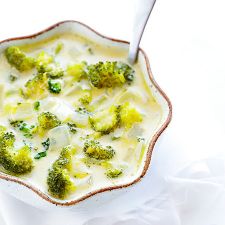