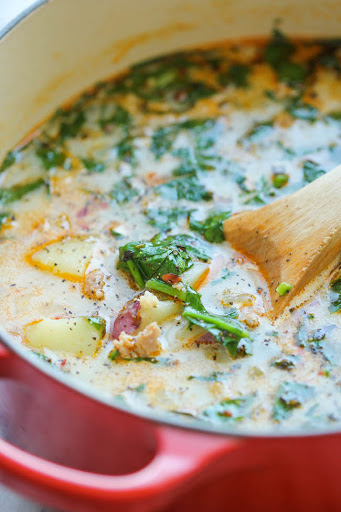 A hearty, comforting soup that's easy and simple to make, loaded with tons of fiber and flavor! 329.5 calories per serving 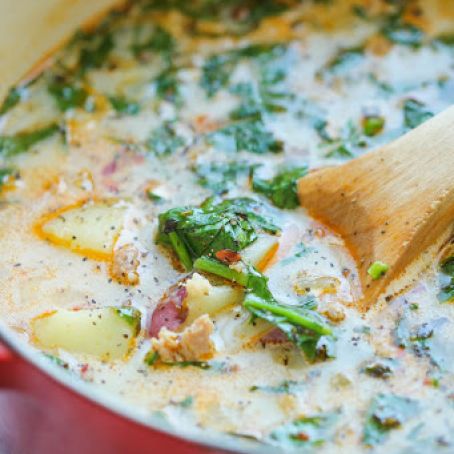 Heat olive oil in a large stockpot or Dutch oven over medium heat. Add Italian sausage and cook until browned, about 3-5 minutes, making sure to crumble the sausage as it cooks; drain excess fat.

Stir in chicken broth and bay leaf, and bring to a boil. Add potatoes and cook until tender, about 10 minutes.

Stir in spinach until it begins to wilt, about 1-2 minutes. Stir in heavy cream until heated through, about 1 minute; season with salt and pepper, to taste. Serve immediately.

Adapted from The Candid Appetite

I would classify this soup as an “occasional” food. Is it best to eat sausage and whipping cream on a daily basis? For most people: probably not. But because this is in soup form, you will be satisfied eating less sausage than if you were served it on a plate.

To amp up the health of this soup, substitute evaporated milk or fat free half and half for the whipping cream. 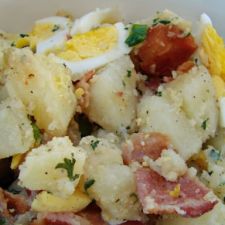