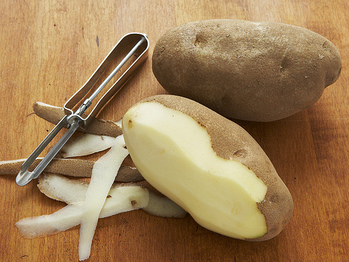 Nothing better than homemade mashed potatoes! Serve with just about anything - especially some extra butter or gravy on top! 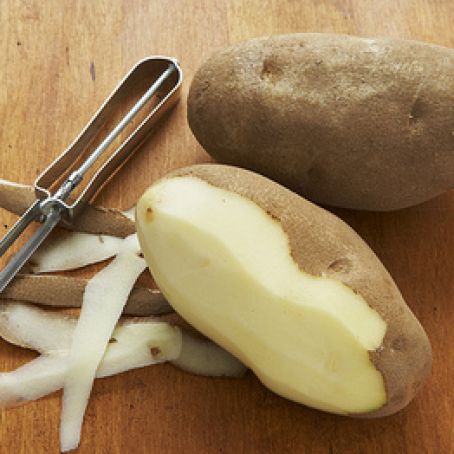 Wash and peel the potatoes and cut into quarters. Set in a saucepan with lightly salted water to cover (l½ teaspoons salt per quart of water). Bring to the boil, cover loosely, and boil 10 to 15 minutes or longer, until potatoes are tender when pierced with a knife. Cut a piece in half and eat a bit to be sure they are just done; undercooked potatoes will not mash properly. Drain the water out of the pan (you may wish to save it for soup making); toss the potatoes over moderate heat for a moment, until they begin to film the pan; this is to evaporate excess moisture.

Mashing. While still warm, either put the potatoes through a ricer (my preference) and return to the pan, or place in the large bowl of your electric mixer and, using the wire whip attachment and moderate speed; puree them with ¼ cup of the milk and/or cream.

Seasoning. Beat in small amounts of hot milk and/or cream, alternating with ½ tablespoons of butter—careful not to make them too soft. Season with salt and pepper to taste. The sooner you can serve them, the better.

Mashing note: Home-style mashed potatoes are becoming trendy in bistro-type restaurants at this writing, and they’re careful to leave in some lumps so we’ll presume they’re not instant mashed—or perhaps they use instant plus one or two lumpily mashed fresh potatoes. Hmm!

Ahead-of-time note: If you cannot serve at once, beat in only a minimum of milk, etc. (Turn the potatoes into a saucepan if you have used an electric mixer.) Set in another pan of hot but not simmering water, and cover the potatoes loosely—they must stay warm to retain their fresh quality, and they must have air circulation or they develop an off-taste. At serving time, bring the water to the simmer, beating the potatoes with a wooden spoon; then beat in more hot milk or cream and soft butter to your taste. 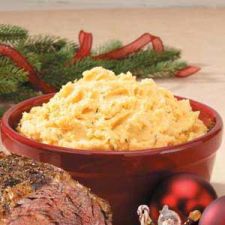