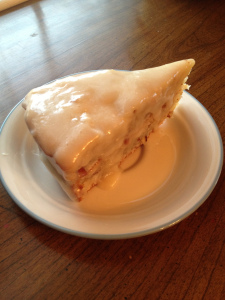 Here's the famous Lincoln cake recipe. President Lincoln's wife Mary Todd Lincoln apparently made this vanilla almond cake for him while they were courting and during their time in the White House. 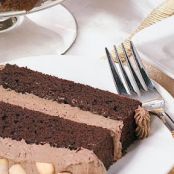 Preheat the oven to 375F.
Grease and flour two 9 inch round layer cake pans or one Bundt cake pan.
Use a food processor to grind the almonds into a course flour.
Cream the butter and sugar to mix them until fluffy.
Sift the flour and baking powder to mix them together, then fold the dry flour mix into the creamed butter and sugar, alternating with milk, until well blended. S
tir in the almond powder and mix thoroughly.

In a separate bowl, beat the egg whites until they form stiff peaks. Add a pinch of salt for easier stiffening.
Add vanilla extract.
Gently fold the egg whites into the batter with a rubber spatula.
Pour the batter into the pan(s) and bake for 30 minutes or until a toothpick inserted into the center comes out clean.
Cool for at least 15 minutes before flipping the cake out out of the pan, and allow it to completely cool before serving.

If a layer cake was made, use a jam for filling.
Sift confectioners sugar on top for decoration.


Or top with Seven Minute Frosting-Recipe as follows:
Combine first four ingredients in a saucepan and bring to a boil, then stir until the sugar dissolves.
Place two egg whites in a mixing bowl and slowly pour the hot syrup over them, beating constantly for about seven minutes until stiff peaks form.
Beat in vanilla extract. 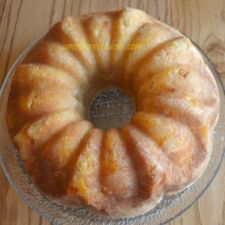