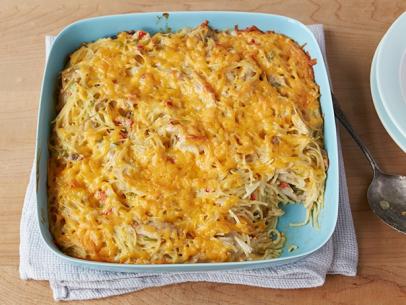 With spaghetti and mushroom sauce, and light and dark meat chicken with bell peppers, this casserole is like two meals in one. Cooking the spaghetti in the same liquid as the chicken infuses it with flavor, and the Cheddar thickens the sauce so it coats each piece of meat. 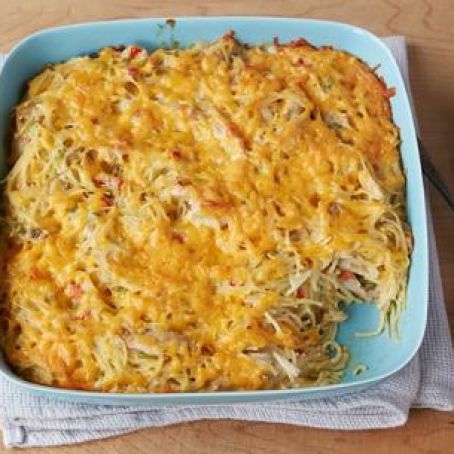 Preheat the oven to 350degrees F.

Bring a large pot of water to a boil. Add the chicken pieces to the boiling water and boil for a few minutes, and then turn the heat to medium-low and simmer, 30 to 45 minutes.

Remove the chicken and 2 cups of the chicken cooking broth from the pot. When the chicken is cool, remove the skin and pick out the meat (a mix of dark and white) to make 2 generous cups. Discard the bones and skin.

Place the mixture in a 9- by 13-inch casserole pan and top with the remaining 1 cup cheese. Bake immediately until bubbly, about 45 minutes. (If the cheese on top starts to get too dark, cover with foil.)