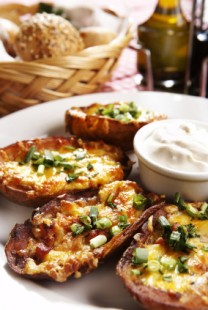 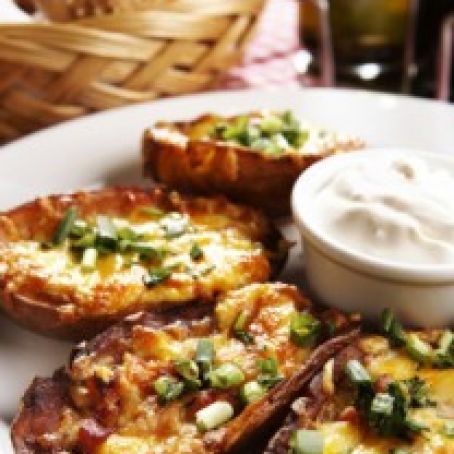 Heat oven to 375 degrees. Brush potato shells with melted butter and sprinkle salt to taste. Bake for 15 to 20 minutes until crisp but not dry and hard. Remove and sprinkle with cheese, bacon and onion; place back in oven until cheese is melted.

Serve with sour cream. For a bit of variety, try ranch dressing. 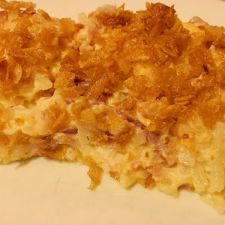