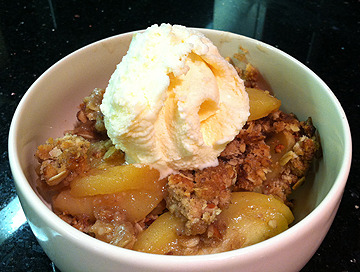 Traditional apple crisp is never terrible, but it’s often flawed by unevenly cooked apples and a topping more mushy than crisp. Here’s how we turn a decent dessert into something great.

NOTE:
If your skillet is not ovensafe, prepare the recipe through step 3 and then transfer the filling to a 13 by 9-inch baking dish. Top the filling as directed and bake for an additional 5 minutes. We like Golden Delicious apples for this recipe, but any sweet, crisp apple such as Honeycrisp or Braeburn can be substituted. Do not use Granny Smith apples in this recipe. While rolled oats are preferable in the topping, quick-cooking oats can be substituted. Serve the apple crisp warm or at room temperature with vanilla ice cream or whipped cream. 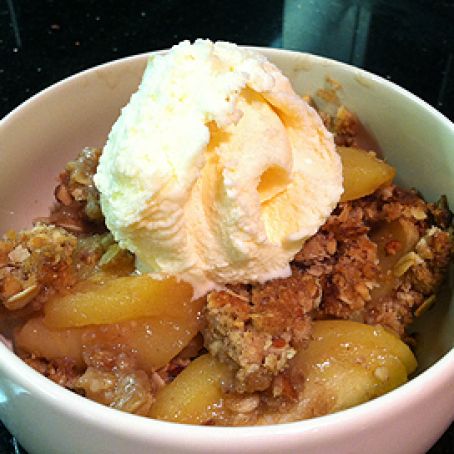 2. FOR THE FILLING: Toss apples, granulated sugar, and cinnamon (if using) together in large bowl; set aside. Bring cider to simmer in 12-inch ovensafe skillet over medium heat; cook until reduced to ½ cup, about 5 minutes. Transfer reduced cider to bowl or liquid measuring cup; stir in lemon juice and set aside.

3. Heat butter in now-empty skillet over medium heat. When foaming subsides, add apple mixture and cook, stirring frequently, until apples begin to soften and become translucent, 12 to 14 minutes. (Do not fully cook apples.) Remove pan from heat and gently stir in cider mixture until apples are coated.

4. Sprinkle topping evenly over fruit, breaking up any large chunks. Place skillet on baking sheet and bake until fruit is tender and topping is deep golden brown, 15 to 20 minutes. Cool on wire rack until warm, at least 15 minutes, and serve.