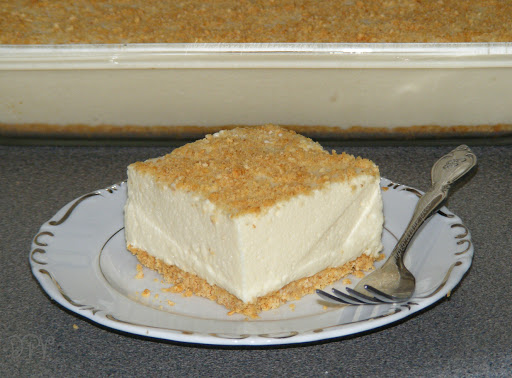 Light and refreshing icebox dessert made famous by Woolworth's lunch counter back in the 1960's, but now, with this recipe, you can make Woolworth's Famous Icebox Cheesecake in the comfort of your home any time you have a craving. This recipe used lemon juice and lemon Jello for a sweet and tart dessert, but you can also use vanilla extract and any flavor of Jello you'd like to put your own spin of this refreshing icebox cheesecake. 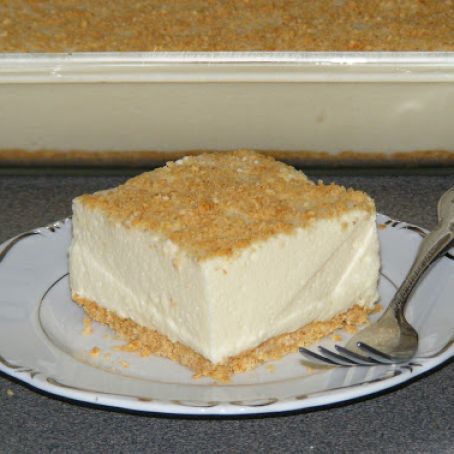 To begin, shake the can of evaporated milk and refrigerate until well chilled, at least an hour, but better if overnight.

In a small mixing bowl and using a wire whisk, dissolve the Jell-O gelatin in the boiling water, 1 to 2 minutes. Set aside to cool to lukewarm.

Combine graham cracker crumbs, confectioners' sugar, and melted butter. Reserve 1/3 cup of the mixture for the topping. Press the remainder firmly into the bottom of an 11.5x7.5-inch or similar dish. Refrigerate or put in the freezer until needed.

In another large mixing bowl and using a mixer, beat together the cream cheese, granulated sugar, and lemon juice or vanilla until smooth and creamy. Beat in the cooled Jell-O until well blended. Refrigerate mixture for now.

Shake the can of chilled evaporated milk again and pour into another large mixing bowl. Beat on high speed of mixer until light and fluffy, 3 to 4 minutes. It should have the consistency of beaten egg whites. Beat in the cream cheese/Jell-O mixture.

Pour mixture over the chilled crust. Sprinkle top with the remaining crumb mixture. Refrigerate for several hours before cutting into squares.

NOTE:
You can use a larger pan, like 9x12-inch and the dessert will be thinner. If you have too much filling for the smaller pan, pour it into small bowls and refrigerate for a quick and creamy snack.