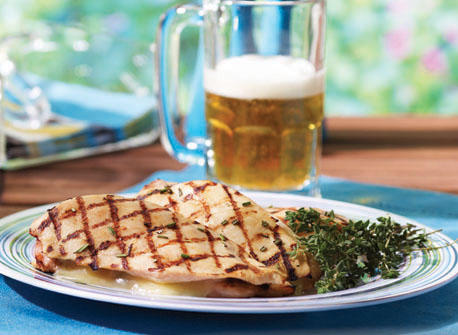 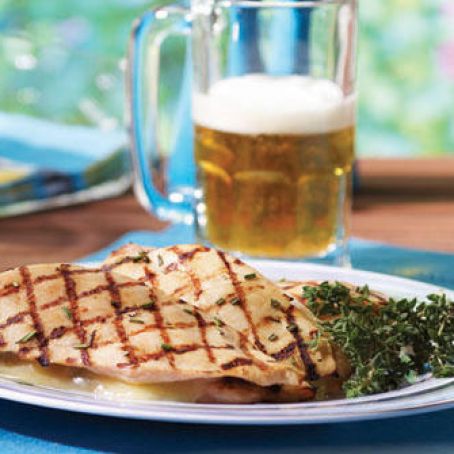 Cut chicken breasts in half to make them less thick.

Remove chicken from marinade and drain, then cook on grill with lid closed 5-7 minutes each side, depending on thickness of chicken.

Reform chicken breasts by pairing up both halves after placing a quarter of the cheese between the halves. Close grill lid and allow cheese to melt for 2-3 minutes before removing from grill.