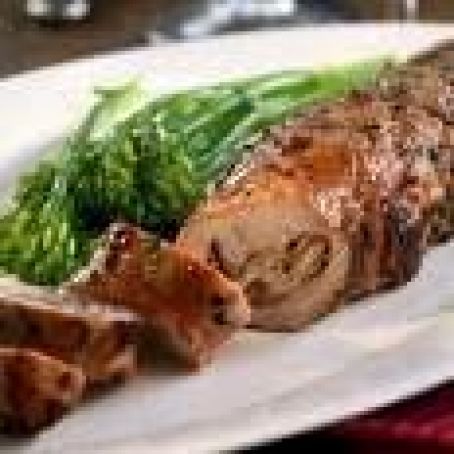 Place a large pot of salted water over high heat to boil for the egg noodles.

Trim the tenderloins of silver skin and butterfly them by cutting in and across – but not all the way through – the loins. Ask a grown-up helper (GH) for help butterflying the tenderloins, if you need it. Cover them with plastic and pound them out to 1/4-inch thick. Season with salt and pepper. Wash your hands after handling the raw pork.

Place a skillet over medium-high heat with two turns of the pan of EVOO, about 2 tablespoons. Add the fennel, onion, garlic and apple, season with salt, pepper and thyme and sauté until soft, 7-8 minutes. Add the apple juice to the pan along with the breadcrumbs and mix thoroughly to form a stuffing.

Divide the fennel-apple stuffing between the two tenderloins and spread into an even layer, leaving about an inch of the meat uncovered on either side. Roll the tenderloins up like a jelly roll and place them seam side down on a sheet tray. Lightly drizzle some EVOO down over the tenderloins and season them with salt and pepper. Transfer to the oven and roast for 30 minutes, until the meat has browned. Wash up once again after handling the pork.

When the meat comes out of the oven, cover it with a piece of foil and let it rest for 10 minutes to allow the juices to settle.

Tip: These tenderloins also grill up wonderfully. Pre-heat a grill to medium heat and secure the rolled-up tenderloins with a few toothpicks. Rub them down with some EVOO, salt and ground black pepper and grill them, turning frequently, so that they cook evenly, for 20 minutes with the lid down. Remove the tenderloins from the grill, tent them with foil and allow them to rest for about 10 minutes before slicing.

While the meat is resting, drop your pasta into the boiling water and cook it to al dente. Drain the noodles and return them to the pot they were cooked in. Add the butter and parsley into the pot and toss to coat the noodles.

To serve, slice the tenderloins and divide among four plates, serving with the noodles alongside. 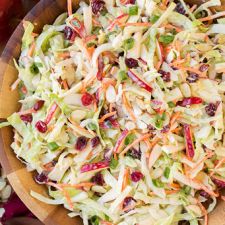