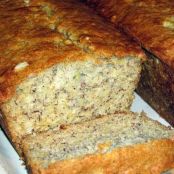 Preheat the oven to 350 degrees.

Combine the graham cracker crumbs, sugar, cinnamon, and melted butter in a bowl and mix well. Pour into an 11-inch tart pan with a removable bottom and press evenly into the sides and then the bottom. Bake for 10 minutes and then cool to room temperature.

For the filling, heat the half-and-half, pumpkin, brown sugar, salt, cinnamon, and nutmeg in a heat-proof bowl set over a pan of simmering water until hot, about 5 minutes. Whisk the egg yolks in another bowl, stir some of the hot pumpkin into the egg yolks to heat them, then pour the egg-pumpkin mixture back into the double boiler and stir well. Heat the mixture over the simmering water for another 4 to 5 minutes, until it begins to thicken, stirring constantly. You don't want the eggs to scramble. Remove from the heat. Dissolve the gelatin in 1/4 cup cold water. Add the dissolved gelatin, banana, and orange zest to the pumpkin mixture and mix well. Set aside to cool.

Whip the heavy cream in the bowl of an electric mixer fitted with a whisk attachment until soft peaks form. Add the sugar and continue to whisk until you have firm peaks. Carefully fold the whipped cream into the pumpkin mixture and pour it into the cooled tart shell. Chill for 2 hours or overnight.

For the decoration, whip the heavy cream in the bowl of an electric mixer fitted with the whisk attachment until soft peaks form. Add the sugar and vanilla and continue to whisk until you have firm peaks. Pipe or spoon the whipped cream decoratively on the tart and sprinkle, if desired, with orange zest. Serve chilled. 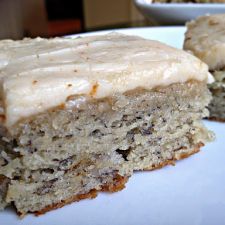