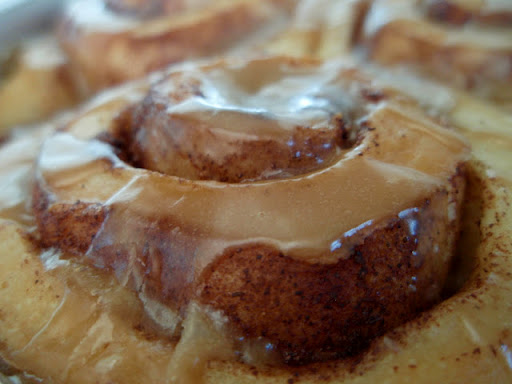 This cinnamon roll recipe makes enough to serve seconds - and everyone will want more! Served warm with a sweet, glaze, these are special-occasion-worthy! 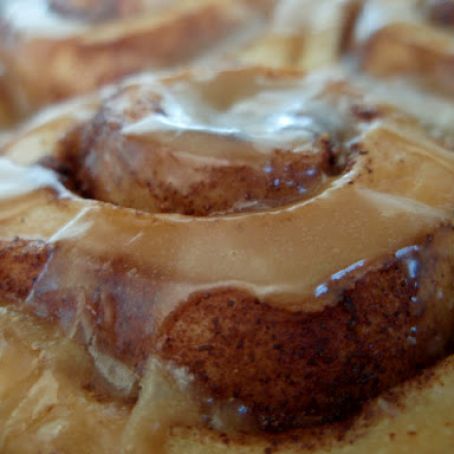 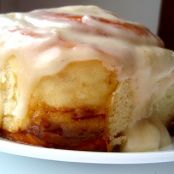 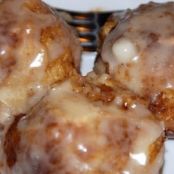 Make ahead:
Combine milk, 1/2 cup sugar and oil in a large pot over medium heat.
Heat, stirring to dissolve sugar, until just before boiling.
Remove from heat and set aside to cool for about an hour or until lukewarm (between 105° – 115°F; use a thermometer to check).
Sprinkle the yeast into the warm milk mixture and allow to sit for a few minutes.
Add 4 cups of flour and stir together until a sticky dough forms.
Cover loosely with a kitchen towel and let rise somewhere warm for about an hour.
In a small bowl, whisk together remaining 1/2 cup of flour, baking powder, baking soda, and salt.
Add to dough and combine thoroughly to form an elastic dough.
Spray the inside of a large bowl with cooking spray.
Put dough in the bowl, cover tightly, and store in the refrigerator overnight, or up to a day.

Assembly:
Spray 3 9-inch round cake pans with cooking spray.
Generously flour a clean, dry surface.
Place half the dough on the floured surface and using a rolling pin, roll out into a large rectangle.
Gently spread 1/2 cup of softened butter over the dough with a butter knife or your hands.
Sprinkle 1 tablespoon cinnamon and 1/2 cup sugar over the buttered dough.
Starting on the longer side of the rectangle, roll dough in a tight spiral toward the other end and pinch the seam shut.
Slide a strand of dental floss under the rolled dough 1-1½ inches from the end.
Cross the ends of the floss over the top of the roll and pull in opposite directions, slicing off a section of dough.
Repeat with the rest of the dough, placing buns in the prepared pan. You will have space between the buns.
Repeat with the second half of the dough.
Set aside to rise for 30-45 minutes.
Bake in 350°F oven for 15-18 minutes, or until lightly browned on top.
To make the glaze, mix together all ingredients and stir well until smooth; it should be thick but pourable.
Generously drizzle over the warm rolls. 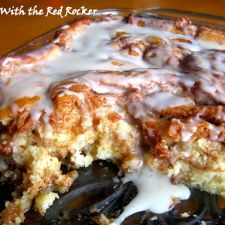