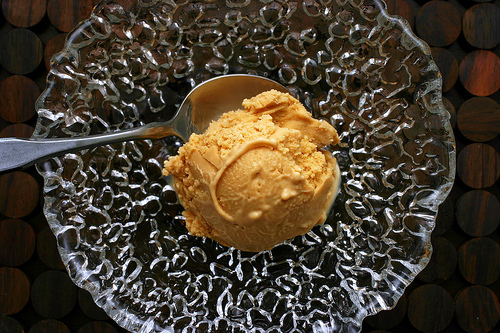 Turns out, butterscotch ice cream is amazing, amazing enough that I had to make more the following week. A recipe I found online from an old Sunset Magazine brought intentional butterscotch ice cream to our kitchen at last, the unquestionably best thing that could have come out of weeks of butterscotch aggravation. I would go as far as to argue that, given the choice, butterscotch pudding dreams of being ice cream when it grows up, which (uh, unlike the rest of this entry) sounds crazy until you try it. It is really that good. 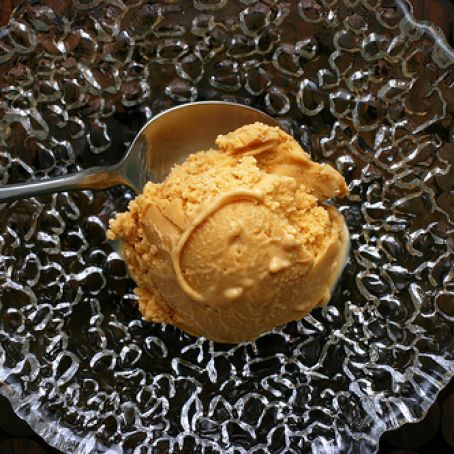 1. In a 1- to 2-quart pan over medium heat, stir brown sugar and butter until butter is melted, sugar is dissolved, and mixture is bubbly, 3 to 4 minutes. Whisk in 1/2 cup whipping cream until smooth; remove butterscotch mixture from heat. Add vanilla and bourbon, if using.

2. In a 3- to 4-quart pan over medium-high heat, combine remaining 1 cup whipping cream and the half-and-half; bring to a simmer.

3. Meanwhile, in a bowl, beat egg yolks to blend. Whisk 1/2 cup of the warm cream mixture into egg yolks, then pour egg yolk mixture into pan with cream. Stir constantly over low heat just until mixture is slightly thickened, 2 to 4 minutes. Immediately remove from heat.

4. Pour through a fine strainer into a clean bowl and whisk in butterscotch mixture. Chill until cold, stirring occasionally, about 2 hours; or cover and chill up to 1 day.

5. Freeze mixture in an ice cream maker according to manufacturer’s instructions. Serve softly frozen, or transfer ice cream to an airtight container and freeze until firm, at least 6 hours or up to 1 week.