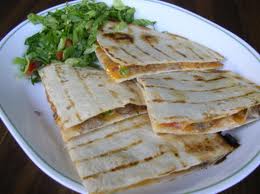 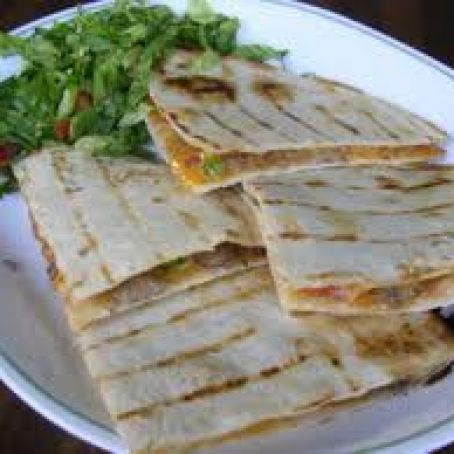 1. Heat 10-inch nonstick skillet over medium heat until hot, about 2 minutes. Place 1 tortilla in skillet and toast until soft and puffed slightly at edges, about 2 minutes. Flip tortilla and toast until puffed and slightly browned, 1 to 2 minutes longer. Slip tortilla onto cutting board. Repeat to toast second tortilla while assembling first quesadilla. Sprinkle 1/3 cup cheese, and half of jalapeños, if using, over half of tortilla, leaving 1/2-inch border around edge. Fold tortilla in half and press to flatten. Brush surface generously with oil, sprinkle lightly with salt, and set aside. Repeat to form second quesadilla.
2. Place both quesadillas in skillet, oiled sides down; cook over medium heat until crisp and well browned, 1 to 2 minutes. Brush surfaces with oil and sprinkle lightly with salt. Flip quesadillas and cook until second sides are crisp and browned, 1 to 2 minutes longer. Transfer quesadillas to cutting board; cool about 3 minutes, halve each quesadilla, and serve.