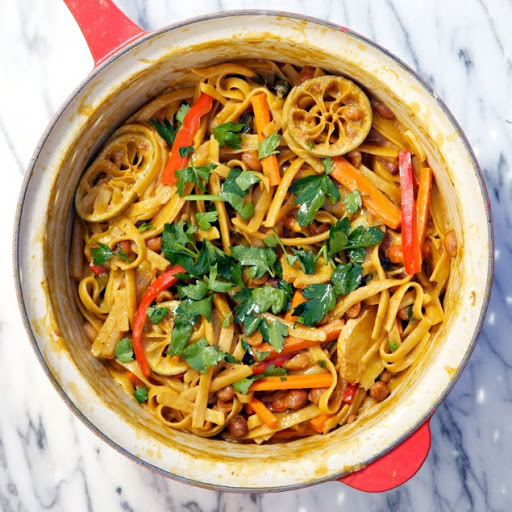 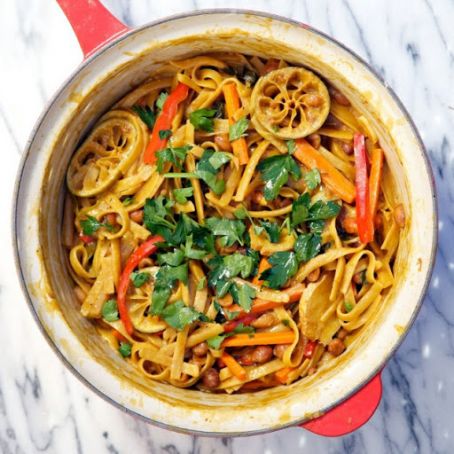 Place all ingredients except cilantro and lime juice and garnishes in a large stockpot. Cover pot and bring to a boil. Reduce to a low simmer and keep covered and cook for about 10 minutes, stirring every 2 minutes or so. Cook until pasta is al dente and almost all liquid has evaporated – I left about an inch of liquid in the bottom of the pot – but you can reduce as desired .

Season to taste with salt and pepper , stirring pasta several times to distribute the liquid in the bottom of the pot.

Remove slices of ginger and stir in cilantro and lime juice. Dish up the pasta and then sprinkle on garnishes as desired. 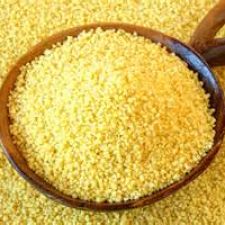