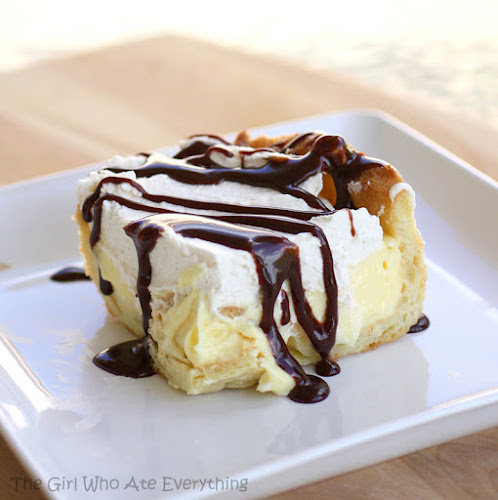 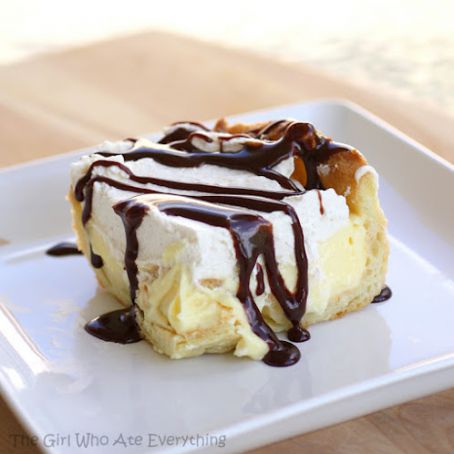 Eclair Crust: In a medium saucepan, melt butter in water and bring to a boil. Remove from heat. Stir in flour. Mix in one egg at a time, mixing completely before adding another egg. Spread mixture into pan, covering the bottom and sides evenly. *If the sides of your pan are too greased you won't be able to get the mixture to stay up the sides so make sure to just lightly grease.

Bake for 30-40 minutes or until golden brown (Mine only took 25 minutes.) You may want to check it occasionally-you don't want to overcook the crust, it will ruin the cake! Remove from oven and let cool (don't touch or push bubbles down).

Filling: Whip cream cheese in a medium bowl. In separate bowl make vanilla pudding. Make sure pudding is thick before mixing in with cream cheese. Slowly add pudding to cream cheese, mixing until there are no lumps. Let cool in fridge.When the crust is completely cooled, pour filling in. Top with layer of cool whip however thick you want it and serve with chocolate syrup.