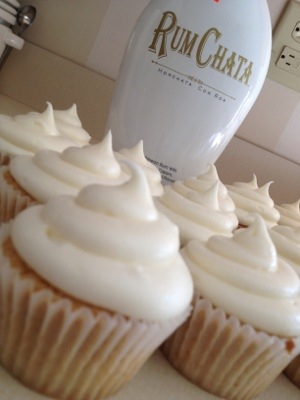 Rum Chata cupcakes and frosting? What could be better? Celebrate your next event with these homemade cupcakes, top with sprinkles if desired! 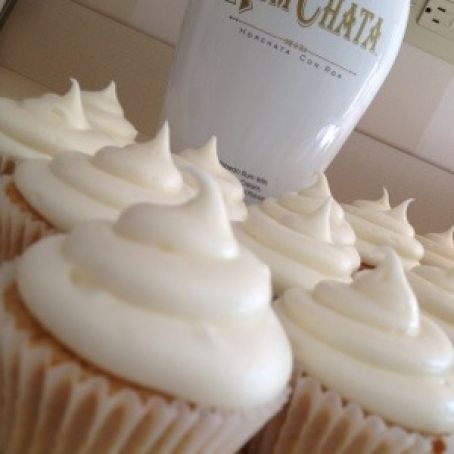 Mix together flour, baking powder, salt, and cinnamon and set aside.

In a clean mixing bowl, beat egg whites until soft peaks form. (this will be easiest in an electric mixer)

Fold egg whites in to the batter – do not do this in an electric mixer, use a spatula.

FROSTING:
Note: The frosting is pretty sweet. I had some people say it was just enough, others said it was a little too much. It is REALLY tasty, so of course I was in favor of having more of it.

Mix in Rum Chata (use more or less based on the thickness of the frosting. I often find that some days I would use 5 tablespoons, some I would use 4)