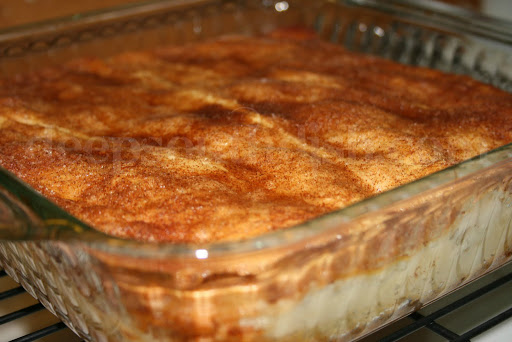 Pie filling, in this case apple, is sandwiched between layers of crescent dough and a bottom layer of sweetened cream cheese, topped with cinnamon sugar. This Apple Cream Cheese Dessert recipe is delicious and so easy. 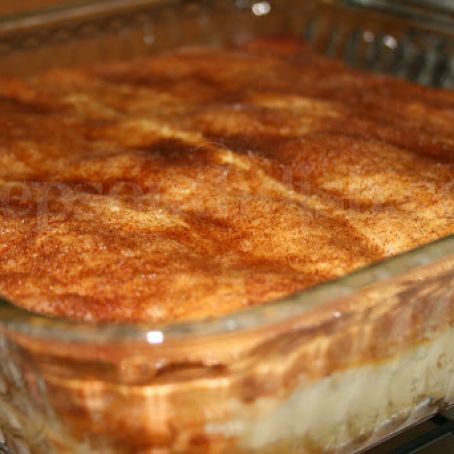 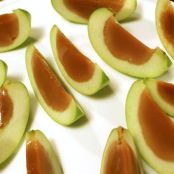 Spray an 8" x 8" baking pan with non-stick spray and set aside. Hand whip the cream cheese, sugar and vanilla extract together until well blended.

Unroll the package of crescent rolls and cut into even halves. Pinch together the seams and place one of the halves into the bottom of the baking pan. Spread the cream cheese evenly on top of the dough and top that with the apple pie filling. If you are using a low sugar or sugar free apple pie filling, you'll probably want to add some sugar or brown sugar to the apples. Top with the other half of the dough and pour the melted butter all over. Sprinkle generously with the cinnamon sugar.

Bake uncovered at 350°F for 30 minutes until golden brown. Let cool long enough to set the filling before cutting.

Variations: Experiment with other pie fillings - cherry and blueberry are good substitutes with a plain sprinkling on top of regular granulated sugar instead of the cinnamon sugar. Try this with fresh peaches too! Mary from our Facebook page uses a cooked filling of 2 cups peaches, 1/2 cup sugar, & a tablespoon cornstarch, rather than a can of pie filling.

Note: Using fresh apples? Just core, peel and slice and stew them down with a bit of butter for about 15 to 20 minutes until softened. Let cool slightly before assembling the dessert.
CINNAMON SUGAR: Combine 1/2 cup of sugar with 1 heaping tablespoon of cinnamon. Place into an old cleaned spice jar with a shaker top and shake well. 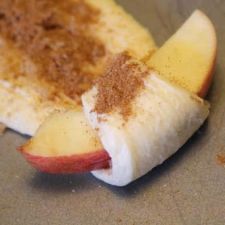