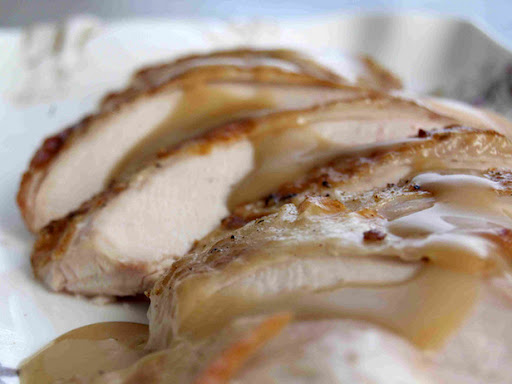 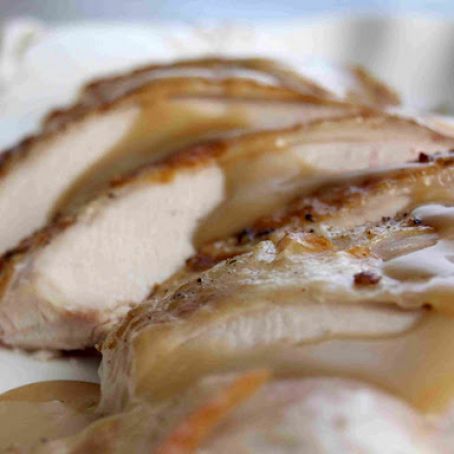 Coat a large saute pan, over medium-high heat, with olive oil, add in half of the diced onion, season with salt, to taste. Cook the onions, stirring occasionally, until they are soft and very aromatic, about 8 to 10 minutes. Add the garlic and cook for another 2 to 3 minutes. Toss in the mushrooms and sage, season with salt, to taste. Cook until they are soft and wilted, about 5 to 7 minutes. Stir in the sausage and use a large kitchen spoon to chop up the sausage. Cook until the sausage is brown and a little crispy, about 10 to 12 minutes. Transfer the sausage mixture to a large mixing bowl and let cool.

While the sausage mixture is cooling, cut the turkey breast into 2 separate halves and remove skin. Butterfly each half to make a wide, flat surface. Cover each half with plastic wrap and with a meat mallet, gently pound each breast half, to flatten.

To the mixing bowl with sausage mixture, add the bread crumbs, grated cheese, the eggs and 1/2 a cup of water. Mix together until it becomes a homogeneous mixture. Taste and season with salt if needed.

Lay a large piece of caul fat out on a large, flat work surface. Lay about 10 bacon slices in the middle, slightly overlapping. Arrange a turkey breast on top. Lay half the stuffing mix on the turkey and roll it up, creating a neat even log. Wrap 2 pieces of bacon around each end, then fold the bacon that's underneath around the turkey. Wrap the caul fat in an even layer to create a smooth even log. Tie with twine to secure. Repeat with second turkey breast.

Preheat the oven to 375 degrees F.

Put a large roasting pan on a burner, coat it with olive oil and heat over medium-high heat. Add the turkey rolls and brown on all sides. Remove the rolls from the pan and add in the remaining diced onion, carrots, celery. Season with salt, to taste, and cook the veggies until they start to soften, about 7 to 8 minutes. Add 1 cup of chicken stock and 1 cup of white wine to the roasting pan with a thyme bundle. Return the turkey rolls to the pan, cover with foil and roast for 25 minutes, remove the foil and roast for 10 more minutes.

Remove the pan from the oven and transfer the turkey to a tray or platter and cover with foil to rest and keep warm.

Put the roasting pan over 2 burners to make the gravy. Remove the thyme and skim the fat. Mix the flour with 6 tablespoons chicken stock and slowly whisk it into the roasting pan. Whisk in the remaining chicken stock and bring it the mixture to a boil. Reduce the heat and simmer until the mixture has thickened to a gravy consistency. Taste and season with salt, if needed.

Remove the string from the roulades and slice into medallions. Arrange the roulades on a serving platter and serve with the gravy. 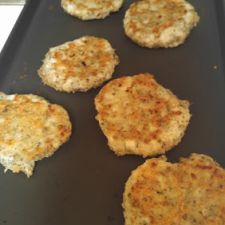