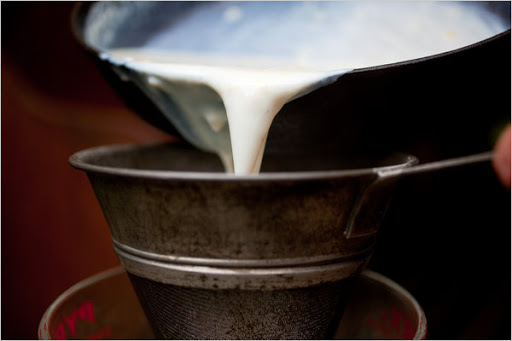 Although Julia Child taught me to add hot milk to the roux when making béchamel, I later learned that the milk should be cold or at room temperature. If the liquid is too hot, the roux won’t have time to properly disperse in the liquid before the mixture comes to a boil; this is what causes sauces to lump.

But the main thing to watch for here is scorching. Stir often with a rubber spatula, especially at the bottom and edges of the pan, so that the mixture doesn’t stick and begin to burn. If it does, immediately pour the sauce into another pot and continue to cook over very low heat.

One of the mainstays of classic French cuisine is the white sauce called béchamel, a “mother sauce” from which many others are made, including the famously rich sauce mornay. Although béchamel is often referred to as a cream sauce, there is rarely any cream in it. What gives it a rich texture is the suspension of a paste called a roux, made with flour and fat, in a liquid — milk in a classic béchamel, or stock in another French “cream” sauce called velouté.

In Provence you’re most likely to find a béchamel napping cooked vegetables in a gratin, baked until the casserole is bubbling and lightly colored on the top. Indeed, you can gussy up any number of vegetables that have been simply steamed or parboiled with olive oil béchamel.

A typical Italian use for this sauce is a lasagna. The vegetarian lasagnas I make with it don’t include lots of heavy cheese, just vegetables, pasta and Parmesan.

If you’re new to cooking, you may have steered away from French sauces, but they are not difficult to make. The first step is making the roux: you simply combine the two ingredients and stir over medium heat for about five minutes until the mixture has a texture resembling wet sand and no longer has a raw, floury taste.

Then you add the milk, and whisk until the sauce thickens. It will do so as soon as it reaches a simmer. Then it’s just a question of simmering the sauce for about 10 minutes until velvety.

In cooking school, you’ll hear that the sauce must be simmered for at least 20 minutes in order for the roux to be properly dispersed in the liquid and to reach its maximum viscosity. But for the small amount of béchamel that you need for this week’s recipes, I found 10 minutes to be sufficient. 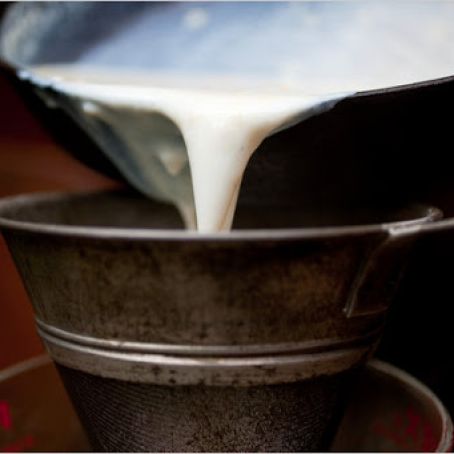 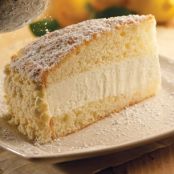 1. Heat the oil over medium heat in a heavy medium saucepan. Add the shallot or onion, and cook, stirring, until softened, about three minutes. Stir in flour, and cook, stirring, for about three minutes until smooth and bubbling but not browned. The paste should have the texture of wet sand. Whisk in the milk all at once, and bring to a simmer, whisking all the while, until the mixture begins to thicken. Turn the heat to very low, and simmer, stirring often with a whisk and scraping the bottom and edges of the pan with a rubber spatula, for 10 minutes, until the sauce has thickened and lost its raw flour taste. Season with salt and pepper. Strain while hot into a heatproof bowl or a Pyrex measuring cup.

Variation: Substitute vegetable stock for the milk for a vegan version of this sauce.

Advance preparation: You can make a béchamel up to a day ahead of using it. Keep in the refrigerator. If you lay a sheet of plastic or wax paper directly on the top, there is less chance that a skin will form. If it does, whisk vigorously when you reheat the béchamel and the sauce should be as smooth as it was when you made it. Thin out if necessary with milk or stock. 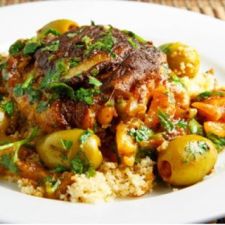