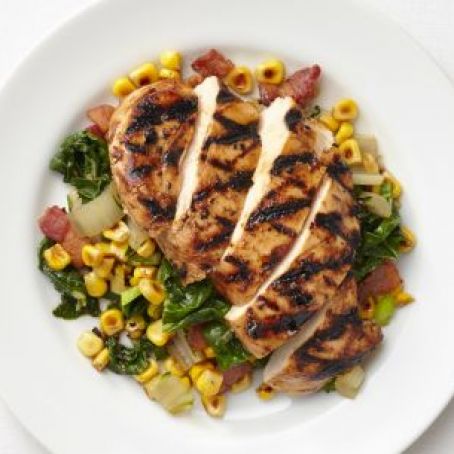 Preheat a grill to medium and lightly brush the grill grates with olive oil. Whisk the vinegar, olive oil, ketchup and mustard in a small bowl. Season the chicken with salt and pepper and brush all over with the vinegar mixture. Grill until marked and cooked through, 8 to 9 minutes per side; transfer to a plate.

Meanwhile, heat a cast-iron skillet or Dutch oven over medium-high heat on the stove or place directly on the grill grates. Add the bacon and cook, stirring occasionally, until browned and crisp, about 5 minutes. 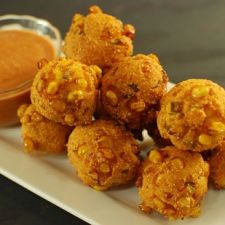