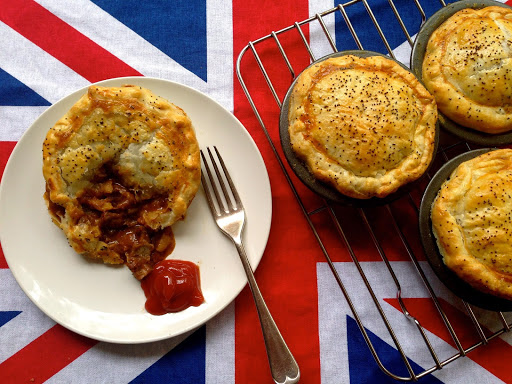 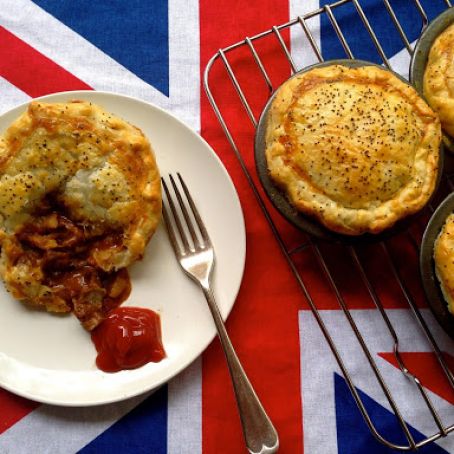 Pre-heat the oven to 400°F. Place the beef shin and osso bucco on an oven tray and cook until browned.

In the mean time, heat a little olive oil in a large casserole pot and add the bacon and onion. Sauté for several minutes until the bacon fat has begun to render off, then add the carrot and celery. Cook the vegetables over a medium-high heat stirring frequently for 5-8 minutes until slightly caramelized.

Next add the flour and stir everything to coat. De-glaze the pan using a small amount of beef stock - scrape your spoon all over the base and sides of the pan so all the sticky brown bits are loosened. Add the remaining stock, plus tomato paste, bay leaves, dried mushrooms, cocoa, Worcestershire sauce and herbs and bring to the boil. Transfer meat and roasting juices into the pot, then pour the ale over to cover. Once bubbling, cover with a lid and reduce heat to low. Leave to simmer away on the smallest burner for 2.5 hours, skimming occasionally, until the meat becomes tender.

When beginning to slide off the bone, remove meat and mushrooms and set aside. Also remove the bay leaves, thyme and sage and discard. Turn the temperature up to high and allow the liquid to thicken up and reduce. Using two forks, pull the meat apart into chunks, discarding bands of fat. Poke the marrow from the centre of the bones out and back into the pot, before throwing clean bones away. Cut mushrooms into small pieces, removing the tough stalks, then add back in to the liquid along with the shredded meat.

Reduce the heat and simmer for another 15-20 minutes until desired consistency is achieved. Taste to check seasoning, before removing from the hob and leaving to cool, preferably overnight.

To make pies, pre-heat oven to 350°F. Grease 6-8 individual pie tins with butter. Roll pastry out onto a floured surface, and cut a circle to line each tin. Gently press down into the base, before filling with several spoonfuls of meat and gravy and topping with a lid. Pinch edges together to seal, then roll to make a crust. Brush with whisked egg, sprinkle with poppy seeds, and prick two small holes in the centre to allow steam to escape. Bake on a tray in the centre of the oven for 15-20 minutes or until golden and puffed.

NOTE:
Using fresh mushrooms is not recommended due to the amount of liquid they release during cooking. This will dilute the taste and thin the texture of your gravy. Dried mushrooms, particularly shiitake contain high levels of umami, which is great for overall flavor. The stalks can be chewy, so be sure to remove and discard them after rehydrating. 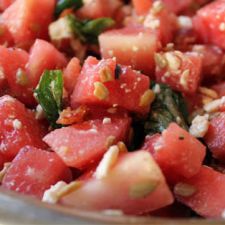