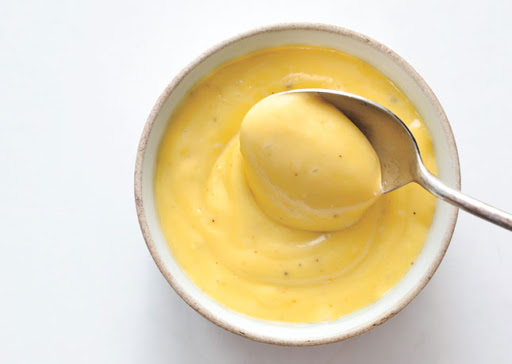 Think of this aioli as your secret sauce. Made by transforming egg yolks, garlic, and olive oil into a creamy dip, it's Provence's answer to mayonnaise. The secret is creating a tight emulsion of the yolk and oil. The technique, thankfully, is less scientific: "Add a thin drizzle of oil and whisk like crazy," says Suzanne Goin, chef at L.A.'s Lucques, Tavern, and A.O.C. Her version lets the egg shine by using half flavor-neutral grapeseed oil so the olive oil doesn't dominate. The result is a harmonious sauce with a supple texture (thanks to hand-whisking instead of using a blender) that begs to be spooned onto meat, bread, and fish. Goin serves it with salmon and poached spring vegetables (get her recipe here), but no matter what you pair it with, this sauce is the star. 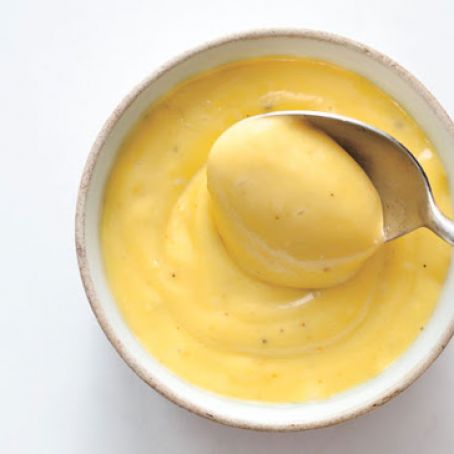 Drape a kitchen towel over a small saucepan; set a small metal bowl over (this will hold bowl in place). Whisk egg yolk*, garlic, 1/4 tsp. salt, and 2 tsp. water in metal bowl to blend well. Whisking constantly, slowly drizzle in grapeseed oil, 1 teaspoonful at a time, until sauce is thickened and emulsified. Whisking constantly, add olive |oil in a slow, steady stream. Stir in cayenne; season aioli with lemon juice, pepper, and salt.
*Raw egg is not recommended for infants, the elderly, pregnant women, people with weakened immune systems...or people who don't like raw eggs. But they won't have to forgo this aioli altogether. Just use pasteurized egg yolk instead.