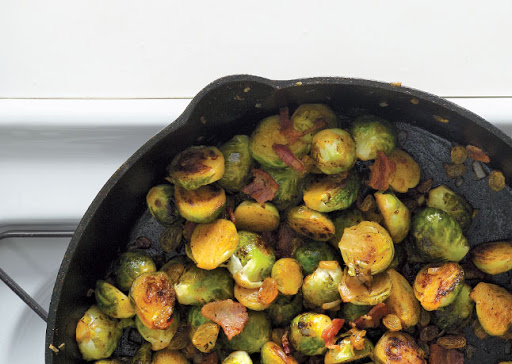 A little bit of bacon and a handful of raisins add a smoky sweetness that balances the slightly bitter flavor of the little cabbages.

Heat oil in a large heavy skillet over medium heat. Add bacon and cook, turning occasionally, until crisp, about 5 minutes. Using tongs, transfer bacon to paper towels to drain. Let cool. Coarsely crumble. (Make sure crumbled bacon is unreachable by children, or it will disappear before you need it again.)
While bacon cools, add brussels sprouts to drippings in skillet; season with salt and pepper. Cook, stirring often, until well browned in spots and beginning to soften, 5–7 minutes. Reduce heat to low and add raisins, shallot, and butter; cook, stirring often, until shallot is soft, about 3 minutes. Add broth to skillet; increase heat and bring to a boil, scraping up browned bits from bottom of pan. Reduce heat to medium-low and simmer until broth has evaporated, 1–2 minutes. Stir in vinegar and crumbled bacon. Season to taste with salt and pepper. 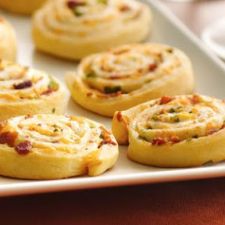