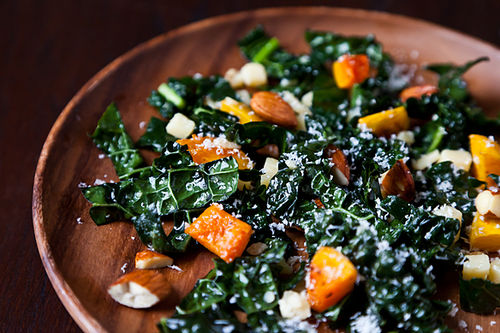 This salad is ideal for making ahead for company (or tomorrow's lunch) and has been a mainstay on the menu at Northern Spy Food Co. in Manhattan's East Village since they opened in 2009. The kabocha is traded out with the seasons for things like fresh apricots, kohlrabi, or patty pan squash -- slices of apple or persimmon are also good when you don't feel like waiting for the squash to roast. Unless you wind up with especially burly kale, there's no need to massage the dressing into this salad, unlike others with raw kale. 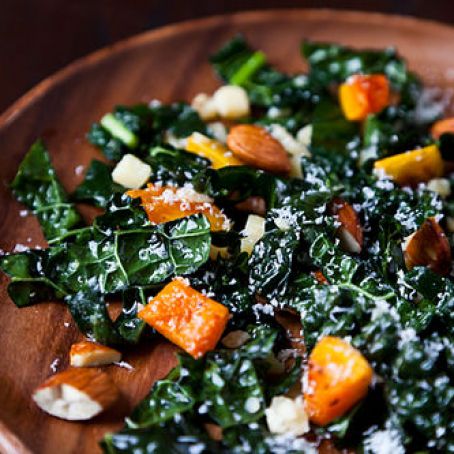 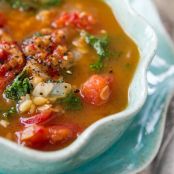 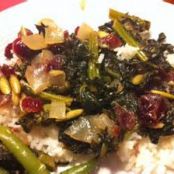 Heat oven to 425° F. Toss squash cubes in just enough olive oil to coat, and season with salt and pepper. Spread on a baking sheet (lined with parchment for easier cleanup), leaving space between the cubes. Roast in the oven until tender and caramelized, about 40 minutes, tossing with a spatula every 10-15 minutes. Toast the almonds on a baking sheet in the same oven until they start to smell nutty, tossing once, about 10 minutes. Let cool. In a large mixing bowl, toss the kale with the almonds, cheddar and squash. Season to taste with lemon juice and olive oil (approximately 1 tablespoon lemon juice and 2 tablespoons olive oil). Season to taste with salt and pepper. Divide salad between two plates or shallow bowls. Garnish with shaved pecorino cheese, if desired, and serve. 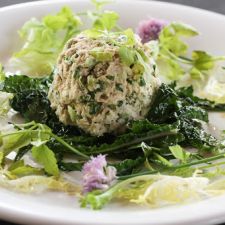