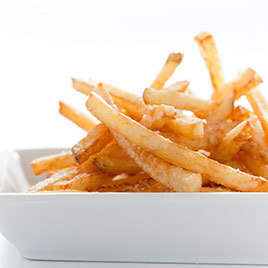 When we wanted a french fry recipe with half the oil and no double frying, we tried submerging the potatoes in cold oil before frying them over high heat until browned. With lower-starch potatoes like Yukon Golds, the result was a crisp exterior and a creamy interior. 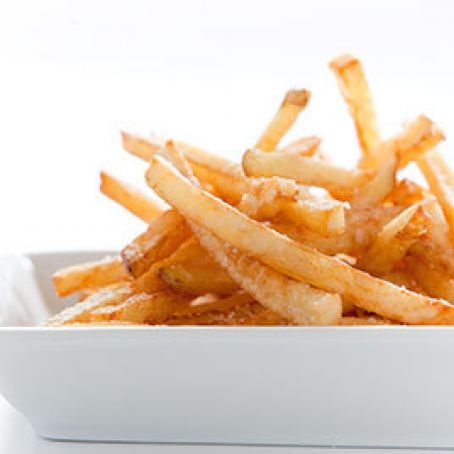 1. Combine potatoes, oil, and bacon fat (if using) in large Dutch oven. Cook over high heat until oil has reached rolling boil, about 5 minutes. Continue to cook, without stirring, until potatoes are limp but exteriors are beginning to firm, about 15 minutes.

2. Using tongs, stir potatoes, gently scraping up any that stick, and continue to cook, stirring occasionally, until golden and crisp, 5 to 10 minutes longer. Using skimmer or slotted spoon, transfer fries to thick paper bag or paper towels. Season with salt and serve immediately.