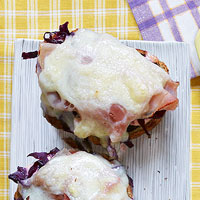 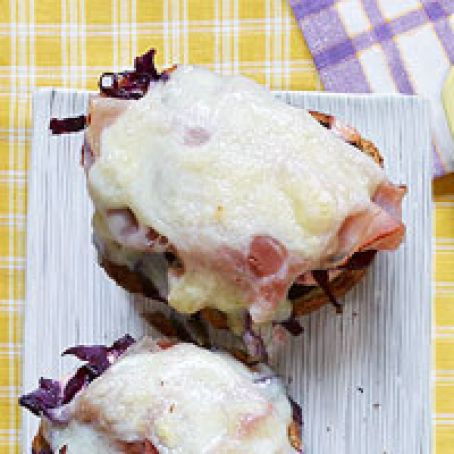 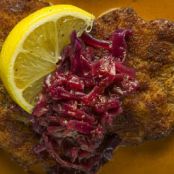 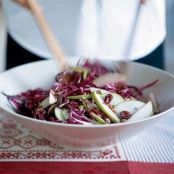 1.In a large skillet, heat the oil, 1 turn of the pan, over medium-high heat. Add the cabbage and cook to wilt. Stir in the apple, cider, brown sugar, vinegar and caraway seeds; season with salt and pepper. Bring to a boil and cook, tossing occasionally with tongs, until the liquid is evaporated, about 15 minutes.
2.In a small bowl, combine the sour cream, ketchup, relish, lemon juice and hot sauce. Season with salt and pepper.
3.Slather the bread with the sauce. Layer each slice with some of the slaw, loosely piled pork (or ham) and 2 cheese slices. Broil to melt. Pass extra slaw at the table. 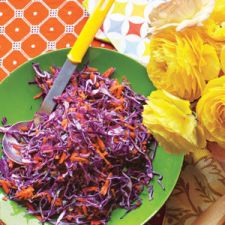