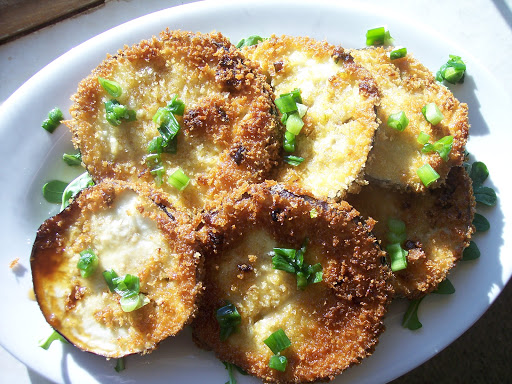 Until now Eggplant Parmegian was my favorite way to kick up this bland vegetable. Try this Ming Tsai recipe as another way to turn bland into boastful. “Partnered by syrup inspired by the traditional Middle Eastern lemon and honey pairing, this starts any meal with a major bang,” says Ming. 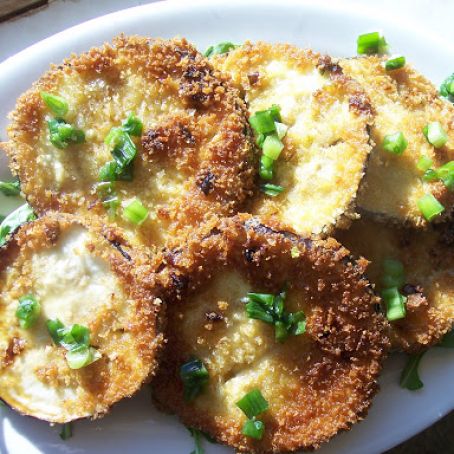 In a bowl, combine the honey, soy sauce, lemon zest and juice, and the larger portion of scallion greens.

Spread the flour in a soup plate. In another bowl beat the eggs. In a third soup plate, combine the panko and scallion whites. Dip the eggplant slices in the flour, then egg, then breadcrumbs.

Fill a large, high-sided skillet with ½-inch of oil, heat medium to 350º. Fry the eggplant in batches until golden, 2-3 minutes per side. Drain on paper-towel-lined plate. Optional: sprinkle with a little salt.

Semi-stack the eggplants on a platter. Drizzle with the syrup. Garnish with remaining scallions. 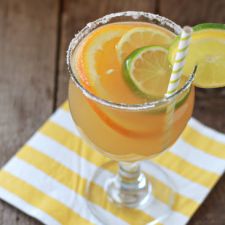