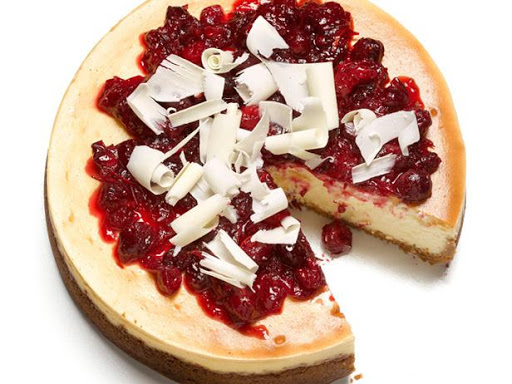 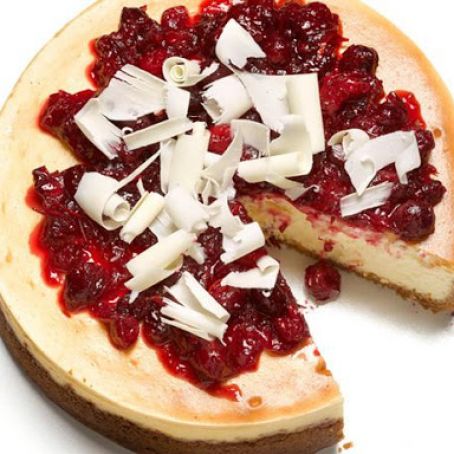 1. Make the crust: Set racks in the lower third and middle of the oven; preheat to 350 degrees F. Mix the graham cracker crumbs, sugar, nutmeg and salt in a bowl. Add the melted butter and mix with your hands until combined. Press into the bottom and 1 inch up the side of a 9-inch springform pan. Freeze until ready to fill.

2. Make the filling: Bring 1 inch of water to a boil in a small pot; remove from the heat. Put the white chocolate in a medium heatproof bowl and set over the pot (do not let the bowl touch the water); stir until melted, about 4 minutes. Remove the bowl from the pot and set aside.

3. Beat the cream cheese, sour cream and sugar in a large bowl with a mixer on medium-high speed until light and fluffy, about 7 minutes. Beat in the eggs, one at a time, then add the cornstarch and beat 2 minutes. Beat in the melted white chocolate, vanilla and salt until combined.

4. Fill a roasting pan halfway with water and set on the lower oven rack. Pour the filling into the prepared crust and set on the middle oven rack. Bake until the edge is set but the center still jiggles slightly, 1 hour, 10 minutes. Turn off the oven and let the cheesecake sit in the oven, 30 minutes. Transfer to a rack to cool completely. Cover and refrigerate 8 hours or overnight.

5. Make the compote: Spread the cranberries on a rimmed baking sheet, sprinkle with 1/3 cup sugar and set aside until they release some of their juices, about 1 hour. Meanwhile, combine the remaining 2/3 cup sugar, the orange zest and juice, and 3/4 cup water in a medium saucepan. Bring to a boil, stirring, then reduce the heat to medium low and simmer until thick enough to coat the back of a spoon, about 10 minutes.

6. Drain the cranberries and add them to the saucepan. Cook, stirring, until they begin to burst, about 7 minutes. Transfer the compote to a bowl and refrigerate until completely cool.

7. Before serving, run a hot knife around the edge of the cheesecake, then remove the springform ring. Top with the cranberry compote and shaved white chocolate. 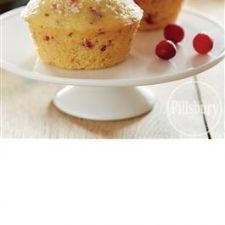