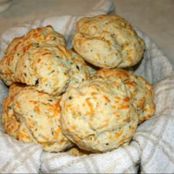 Lobster: Place the lobster in a large mixing bowl. In a separate bowl whisk together the peppers, salt, balsamic vinaigrette, lime juice and margarita mix. Pour over the lobster. Season with the parsley and cilantro. Mix and set aside in the refrigerator. Salsa: Drain the corn of any excess water. Heat a medium saute pan on high adding a small amount of extra virgin olive oil to the bottom. Saute the corn just until a light brown color forms. In the meantime, in a small mixing bowl, combine the tomatoes, cilantro, salt, peppers, and lime juice. As soon as the corn is fully cooked add to the tomato mix. Heat the tortilla shells in the microwave for 15 seconds. Spread them out on the counter. One at a time spread 1/4 cup of cheese over half. Add the salsa (dividing it evenly) and finally the lobster meat. Fold the shell over. Gently brush both sides of the shell with melted butter before heating it on the stove top. Using a large saute pan turn the stove up to medium high heat. Carefully place the shells, two at a time, into the pan. It's about 3 minutes per side or just until the shell starts to crisp around edges and turn light brown. When they are done cooking, make sure the stove is turned off. Cut the quesadillas into thirds. Sour Cream: Whisk together in a small mixing bowl sour cream, salt, lime juice and lime zest; serve as a side.