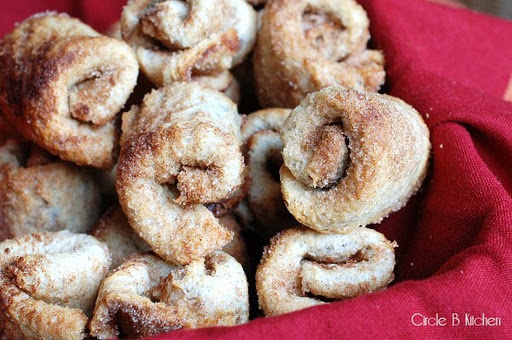 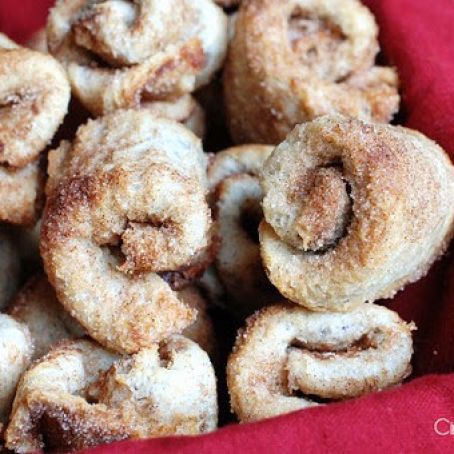 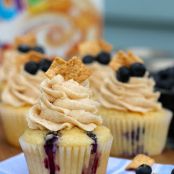 Cut the crusts from a slice of bread and roll until very thin. Spread both sides of the bread with melted butter and then sprinkle one side with the cinnamon sugar, making sure to cover very well. Fold each side into the middle and then gently roll up and place in a buttered mini muffin tin. Spread a little more melted butter on each roll and sprinkle with a little more cinnamon sugar. Alternately, you can fold the bread into a triangle, and then fold into another smaller triangle and place on a parchment-covered baking sheet.

When all of the rolls are made, bake for 15 to 20 minutes, or until they are just starting to turn golden brown and get a little crisp. Remove from the muffin tin to cool.

If desired, drizzle with some icing made with powdered sugar that's been moistened with a little milk.

These freeze really well. To reheat, place briefly in a microwave to thaw and then bake in a low oven (250 or 300 until warm and slightly crisp. Alternately, you can reheat them in foil in the oven.