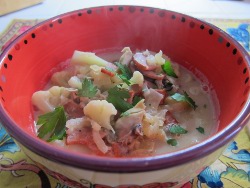 The best part about this Healthy New England Clam Chowder recipe from Rocky Barragan is that it replicates the delectable creaminess found in a typical clam chowder recipe, but with a fraction of the fat and calories. This easy clam chowder is simply irresistible. 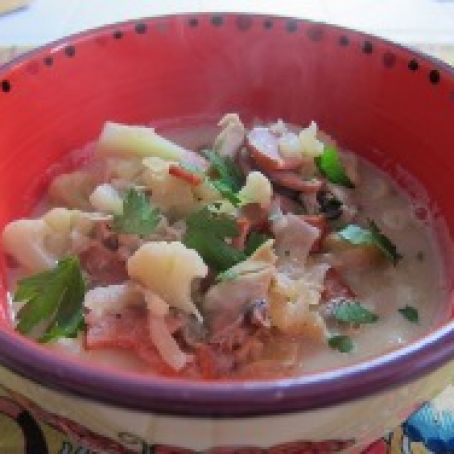 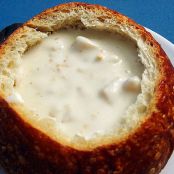 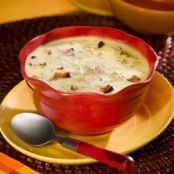 Chop cauliflower and onion and dice up your turkey bacon.

In a heated pot that you've sprayed down with olive oil spray brown turkey bacon. Once turkey bacon has browned, remove from pot and set aside.

In the same pot, toss in cauliflower and onion and sauté until onion is brown and translucent.

In the meantime, open your cans of clams and drain the juice into a measuring cup. Now mince the clams.

Now it's time to add in minced clams and almond milk and allow to come to boil. After soup has come to a boil, add turkey bacon reduce heat and allow the bacon to heat through. Serve with a little bit of parsley and enjoy!